US and Taiwan sign five-year agreement on health, tech and security 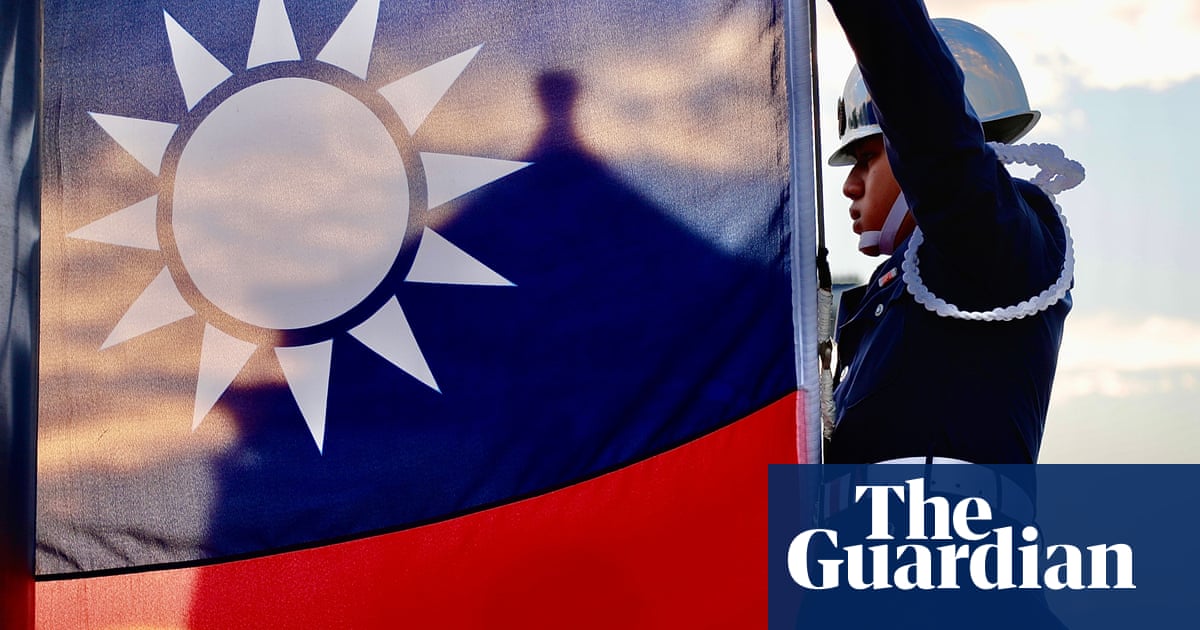 Taiwan and the United States have held their first high-level meetings under a new economic dialogue, inking a five-year agreement and pledging future cooperation on health, tech, and security.

The talks, held amid a contentious US presidential transition period and high regional tensions with China, did not advance Taiwan’s hopes for a trade deal with US, despite the two countries growing closer under Donald Trump and his pushback on Beijing.

They were led by Taiwan’s deputy minister of economic affairs, Chen Chern-chyi, and US undersecretary of state, Keith Krach, with the stated aim of building on historic ties and “shared democratic values”, and senior government officials met for the first time on Friday, signing an five-year memorandum of understanding.

Officials said the talks emphasised the potential for cooperation on health research and development, the prioritisation of Taiwan’s contribution to the semiconductor supply chain. The MOU does not create legally binding rights or obligations on either party, and is subject to available resources.

The two sides’ representatives detailed few specific commitments on Saturday, instead announcing expectations and aspirations for the future bilateral partnership. But Taiwan hopes the meetings will develop into something more concrete, like a trade deal.

A US-Taiwan trade deal has bipartisan US support, but president-elect Joe Biden has not publicly announced his intentions for his China policy. He is seen as a proponent of multilateral solutions which has driven some concern in Taiwan that he may seek to re-engage with Beijing.

On Saturday, Taiwan’s foreign minister Joseph Wu said it was “premature” to count out support from Biden’s team for a trade deal.

“I think the team is busy dealing with the transition,” he told media.

“I don’t think they already have a pre-conclusion on a [bilateral trade agreement]or a [free trade agreement]which says it’s not what they want to pursue. I think the bipartisan support on Capitol Hill is still very strong and I think it will continue, and we will work hard under the [existing bilateral]framework with the new administration.”

Natasha Kassam, a research fellow with the Lowy Institute, said it wasn’t surprising the trade talks were on the back burner, but “even the symbolism of these high-level economic talks and resulting MOU is valuable to President Tsai, and is another signal to Beijing that US support for Taiwan continues to grow”.

The island’s government is looking to the US for bilateral trade agreements in part because it isn’t a party to the Regional Comprehensive Economic Partnership (RCEP), the world’s largest free trade deal signed last week by 15 Asia-Pacific countries including China.

Taiwan’s foreign ministry has said there was little chance of it joining the RCEP given China’s presence. It has also been pushing to join the Comprehensive and Progressive Agreement for Trans-Pacific Partnership, but with Chinese president, Xi Jinping, flagging his potential interest in joining, Taipei could find itself again blocked from participating.

The economic dialogue is a key initiative stemming from the outgoing Trump administration’s deepened ties with Taiwan, which have seen high-level government visits and billions of dollars in arms sales – all angering Beijing.

State media was quick to dismiss the talks as a “toxic” political stunt by “RCEP outcasts”, and warned of consequences.

On Friday China’s foreign ministry spokesman, Zhao Lijian warned the US to “fully grasp the high sensitivity of the Taiwan question” and demanded it immediately halt all official ties and interactions.

“China firmly opposes all forms of official exchanges between the United States and Taiwan. This position is consistent and clear,” he said. “China will make legitimate and necessary reactions in light of the development of the situation on the ground.”

Beijing considers Taiwan to be a rogue province that must be brought back into the fold, by force if necessary. Particularly since the election of the current government led by Tsai Ing-wen, Beijing has lobbied to have Taiwan excluded from international bodies like the World Health Assembly, and for the few remaining countries which recognise Taiwan’s sovereignty, to cut ties with Taipei.