UK negotiators have only engaged with issues 'in last week or two', says EU 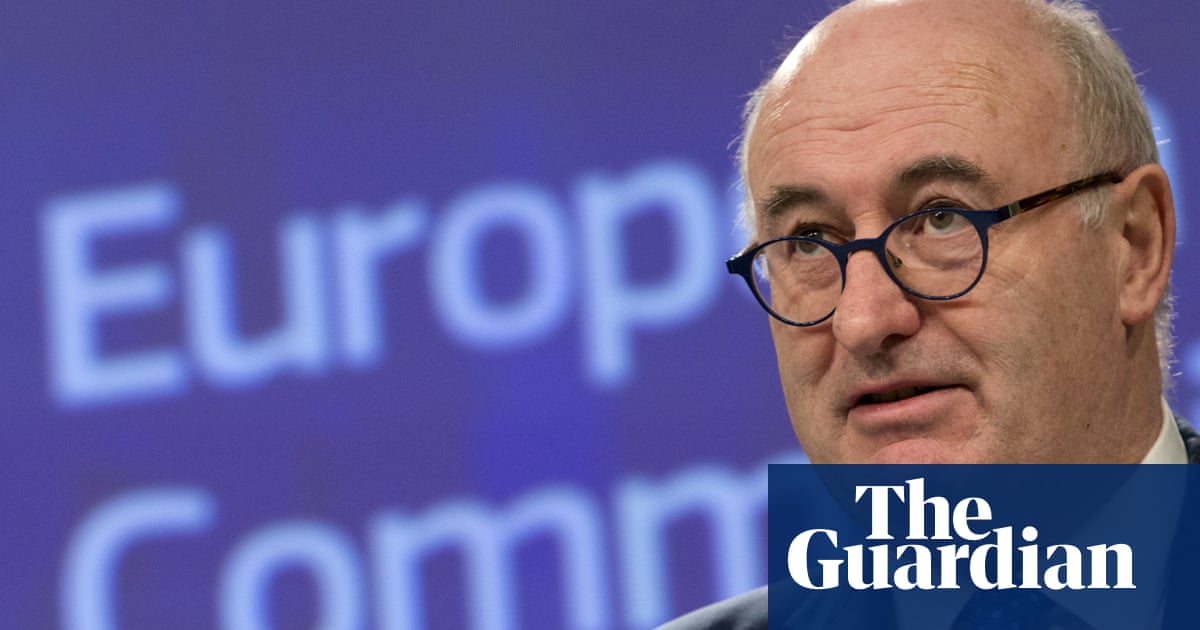 British negotiators in the trade and security talks with the EU have only started to engage with the most contentious issues “in the last week or two” after pressure from business groups, the European commissioner for trade has said.

In an interview with the Guardian, Phil Hogan, who oversees the EU’s negotiations, said there had been “a change of attitude” by Downing Street in July as they realised time was running out but that the talks were “not as advanced as we would like”.

The two sides have been engaged in intensive negotiations this month, and informal discussions have continued this week. But despite the most contentious issues of access to British waters for European fishing fleets and new rules to prevent regulatory undercutting being under discussion, common ground between the sides is yet to be found with about 12 weeks left before parliamentary ratification will need to be sought.

Hogan, a former Irish government minister, pointed to “five or six” major issues standing in the way of a deal, with the one of the most pressing being what self-limiting rules the UK government would establish on its financial assistance to companies, known as state aid.

No 10 had so far refused to to fulfil its “promise” to publish details of the subsidy control regime it would implement when the UK left the single market in December, Hogan said, leaving officials in Brussels nervous that too much was being left to the last moment.

British negotiators have recently claimed that it is not necessary for the EU to have sight of the new regime as domestic legislation is no longer relevant to Brussels.

Hogan warned, in response, that the EU could give “strategic” exemptions from its own state aid regime to allow capitals to subsidise European companies competing with British businesses unless an agreement on maintaining a so-called level playing field was found.

“We had been waiting for the last three months for the UK to come to the table in terms of meaningful negotiations,” Hogan said. “And I actually say it’s only in the last week or two that we have noticed that people are starting to engage on the UK side. We welcome that very much. I think there is now a realisation by people in the negotiating side of UK that time is running out. The British business has started to be more vocal, privately and publicly, in relation to the importance of reaching a deal.”

“We are still waiting for the state aid rules that the UK promised some time ago. In order to settle this, we need to hear what they will propose.”

The transition period, during which the UK stays in the customs union and single market, ends at the end of the year along with the associated terms of trade with the rest of the world enjoyed by EU member states.

Whitehall has been busy seeking new trade deals for the UK. An agreement with Japan is reportedly set to be announced within weeks but officials have conceded it will be less ambitious than had been hoped. Negotiations with Donald Trump’s White House have faltered over US demands for lower regulatory standards for its exports into the British market with both sides conceding a deal will not be possible this year.

Hogan, speaking to five European newspapers, said there was never any advantage to be gained by negotiating from a position of weakness outside the EU.

He said: “The UK is beginning to realise that as part of the European Union they were able to negotiate an agreement with various countries on the basis of 500 million people. It is different when you have 60-70 million people and therefore what will be asked of a single albeit large economy like the UK.

“The US will be pushing as hard as they possibly can … I think the big issue of standards came into focus rather quickly [in the]discussions. And I think the British public opinion quite rightly asserted themselves in the form of petitions and political outreach to the ministers in the government to suggest that maybe this wasn’t a great idea.”

Hogan said the British public had been warned during the 2016 referendum of the difficulties the UK would face in securing preferential trade terms.

“But various people in the House of Commons like [the former Conservative cabinet minister]Owen Paterson were articulating the view that ‘we could get at the drop of a hat all sorts of very good and very beneficial international agreements for the United Kingdom if only we were away from the Trojan horse of the European Union’,” he said.

A UK government spokesman said: “The UK has engaged constructively on all issues throughout the negotiations. Unfortunately the EU’s unusual approach has meant we have only been able to progress at the speed of the most difficult issues. Both sides will need to work energetically if we are going to get an agreement in September.”