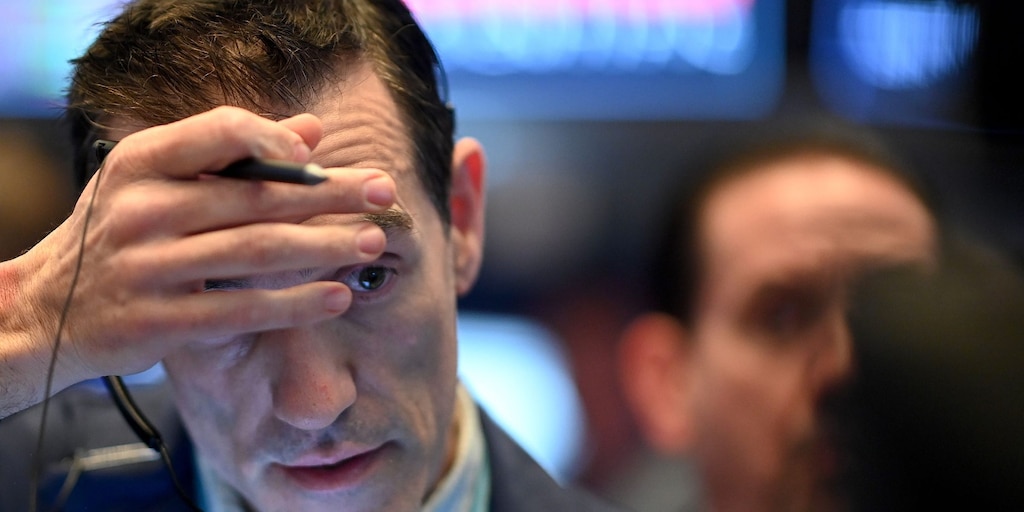 There’s no denying that the coronavirus has remained stubbornly at the forefront of investor attention.

The US recorded a record number of new infections just this past Thursday. And although many states are trudging forward and reopening portions of their economies, some are already having to reverse course. Others are expected to do so soon.

That’s leaving many wondering: What happens if another widespread lockdown is implemented?

A dangerous spike in inflation could be the result. It’s a prospect Wall Street has been warning over for months.

Prior to the COVID-19 outbreak, strategists from BlackRock, JPMorgan, and Morgan Stanley warned of an unexpected increase in consumer prices and the negative impact it would have on risk assets like stocks. They each offered different approaches for combating such a surge amid concern that the Federal Reserve would let the economy overheat slightly before stepping in to mediate.

Inflation is certainly on the radar of UBS strategist Bhanu Baweja. And although his base case doesn’t call for a sudden spike, he acknowledges it’s a potentially damaging long-shot scenario. Baweja also notes that clients have been increasingly asking him about the possibility of sharp inflation.

“We think the economy is currently far from unleashing these inflationary forces, but with COVID-19 cases globally and in the US still rising we cannot yet completely rule out this tail risk,” he penned in a recent note. “Further, the inflation surge could happen quickly and with little warning.”

To that end, Baweja draws a parallel to the period after World War II, a time he says was characterized by “supply shortages, solid income growth, high fiscal debt levels, etc.”

The charts below show how the consumer price index, a common measure of inflation, behaved shortly after WWII.

And while Baweja notes that the similarities aren’t glaring enough to make an inflationary spike his base case, he concedes that could change if the US experiences another economic lockdown. Such a scenario would result in an even more pronounced supply short.

“Restrictions that are widespread enough and maintained long enough could lead to significant closures of businesses and reductions in goods and services available for purchase making the analogy to the post-WWII supply shortages more apt,” he said.

He continued: “That inflationary outlook may be aided by additional rounds of stimulus checks, enhanced unemployment insurance benefits, tax reductions, and PPP loans that keep disposable income from falling even in the face of high unemployment.”

If history is any indication, an inflation spike could be disastrous for stocks. Over a two-year period in the 1970s, inflation doubled to roughly 11% — a surge that ran alongside a 40% decline for the S&P 500.

While higher consumer prices padded the bottom lines for companies, the sudden inflation shock also reduced share-purchasing power on the behalf of investors, representing another byproduct of a sharp surge. And while bonds also lose luster during a high-inflation period, the subsequent monetary-policy response that’s been used throughout history has shaped up even worse for stocks.

As famed Federal Reserve chair Paul Volcker showed in his response throughout the 1980s, one way to combat high inflation is to hike benchmark interest rates to historically elevated levels. The unfortunate side effect of that for stocks is that it increases the appeal of bonds at their expense, giving traders another reason to stay away.

In modern terms, historically easy monetary policy has been frequently cited as the reason for both the record-setting bull market, as well as the stock market’s improbable rebound off recent lows. By that logic, if the Fed starts tightening, it would serve as a negative drag on equities.

And at this point in time, the stock market can hardly afford to face such negative forces. The ongoing rally off March 23 lows has largely been a product of hope around a smooth yet pronounced economic recovery. If a widespread second-wave lockdown transpires, that optimism will quickly face, likely resulting in a swift market comeuppance.

The resulting spiking inflation and its assorted side effects outlined above would only serve to exacerbate that difficult situation.

Billionaire investing icon Warren Buffett has spoken at length about the negative stock-market impact of inflation. His views on the matter — which match the concerns of the many experts cited above — can be summarized as follows:

“Inflation acts as a gigantic corporate tapeworm,” Buffett wrote in one of his inflationary-era letters. “That tapeworm preemptively consumes its requisite daily diet of investment dollars regardless of the health of the host organism. The tapeworm of inflation simply cleans the plate.”

He added: “Inflation does not improve our return on equity.”