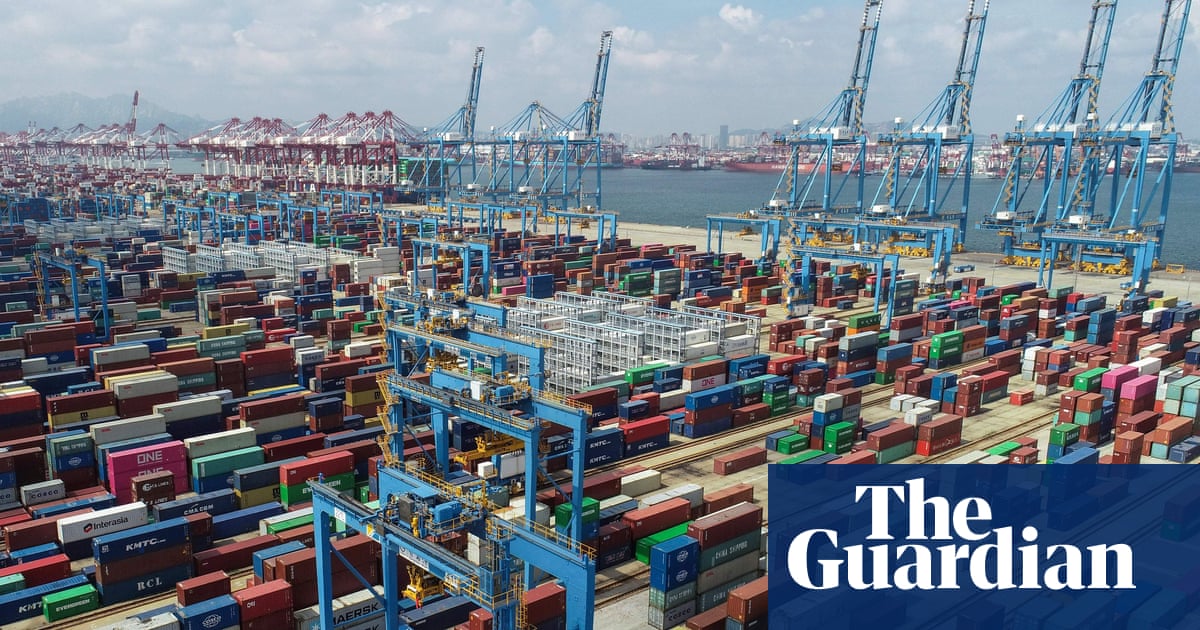 The United States has described the World Trade Organization as “completely inadequate” after it criticised the Trump administration’s tariffs on China.

The WTO said on Tuesday that the US breached global trading rules by imposing levies on more than $200bn of Chinese goods in the opening salvo of president Donald Trump’s trade war with Beijing two years ago.

The US said the tariffs were justified because China was stealing intellectual property and forcing American companies to transfer technology for access to China’s markets.

But the WTO’s three-member panel said the duties broke trading rules because they applied only to China and were above maximum rates previously agreed to by the US government. Washington had not then adequately explained why its measures were a justified exception, the panel concluded.

The decision prompted Trump, who has already pulled the US out of the UN cultural organisation Unesco and the World Health Organization, to say in Washington that he had to “do something about the WTO because they’ve let China get away with murder”.

US trade representative, Robert Lighthizer, said in a statement: “This panel report confirms what the Trump administration has been saying for four years: the WTO is completely inadequate to stop China’s harmful technology practices.

“The United States must be allowed to defend itself against unfair trade practices, and the Trump administration will not let China use the WTO to take advantage of American workers, businesses, farmers, and ranchers.”

China’s commerce ministry said Beijing supported the multilateral trading system and respected WTO rules and rulings, and hoped Washington would do the same.

The decision would not have much immediate effect on the US tariffs and was just the start of a legal process that could take years to play out, ultimately leading to the WTO approving retaliatory measures if it is upheld. China has already taken some counter measures.

The US was likely to appeal Tuesday’s ruling. That would put the case into a legal void, however, because Washington has already blocked the appointment of judges to the WTO’s appellate body, preventing it from convening the minimum number required to hear cases.

The WTO panel was aware it was stepping into hot water. It noted that it had looked only into the US measures and not China’s retaliation, which Washington has not challenged at the WTO.

“The panel is very much aware of the wider context in which the WTO system currently operates, which is one reflecting a range of unprecedented global trade tensions,” the 66-page report concluded.

The panel recommended the US bring its measures “into conformity with its obligations”, but also encouraged the two sides to work to resolve the overall dispute.

“Time is available for the parties to take stock as proceedings evolve and further consider opportunities for mutually agreed and satisfactory solutions,” it said.

During a two-year trade war with Beijing, Trump threatened tariffs on nearly all Chinese imports – more than $500bn – before the two countries signed a “phase 1” trade deal in January. Extra tariffs are still in place on some $370bn worth of Chinese goods, and $62.16bn in duties have been collected since July 2018, US customs data show.

As he left the White House for a campaign rally in Pennsylvania on Tuesday, Trump said he needed to take a closer look at the ruling, but added: “I’m not a big fan of the WTO – that I can tell you right now. Maybe they did us a big favor.”

The decision could help fuel a Trump decision to leave the WTO or underpin US arguments for reforming the 25-year-old trade body, said Margaret Cekuta, a former USTR official who helped write a crucial report on China’s intellectual property abuses that preceded Trump’s tariffs.

“It gives the administration ammo to say the WTO is out of date. If they can’t rule on intellectual property rights, then what is their position in the broader economy going forward?” said Cekuta, now a principal with the Capitol Counsel lobbying firm.