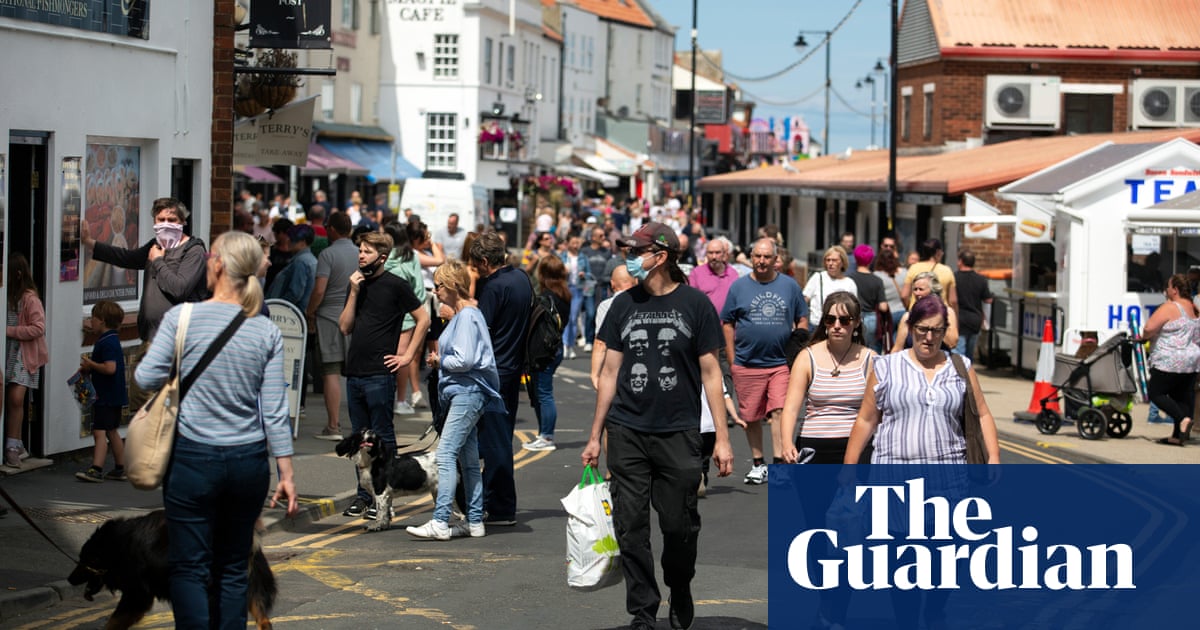 Tourist hotspots across the UK are bearing the brunt of the ailing jobs market, an analysis of data on unemployment benefit claims since the Covid-19 lockdown has shown.

Figures from Labour show that in areas heavily reliant on tourism the rise in the number of people seeking unemployment benefits in recent months is an average of 65 percentage points higher than in other areas. The data has prompted Keir Starmer to warn that holiday towns are facing a jobs crisis.

Labour analysed data from the Office for National Statistics showing that in 32 places in England, Wales and Scotland where one fifth or more of the local workforce are in tourism-related jobs, the unemployment benefits claimant count among working-age adults has risen by an average of 174% from February to June – compared to 109% for the UK as a whole.

The Labour leader will visit Falmouth, Cornwall, on Wednesday, where 24% of workers are in tourism related jobs and the unemployment claimant count has risen by 140% since lockdown. As the government winds down its furlough scheme, Starmer is calling for more targeted, flexible support to protect jobs in communities reliant on tourism.

Other areas highlighted in the analysis include Portree, on the Isle of Skye in Scotland, which has endured a 393% increase in unemployment benefits claimants.

Starmer said: “We are lucky to have many world-class tourist destinations across the UK. But the jobs crisis facing tourist towns is stark.”

Tourist destinations are now benefiting from an influx of visitors with many Britons reluctant to travel abroad but there is a lack of foreign visitors, resorts missed out on most of the early season trade and many businesses are unable to reopen fully due to distancing requirements.

Starmer said: “We need a targeted extension of the furlough scheme for the hardest-hit sectors and proper support in place to help those who are unemployed back into work.”

Labour is pressing for an extension of the government’s furlough scheme – due to finish in October – for the worst-hit sectors.

Joss Croft, CEO, UKinbound, a trade association representing the tourism sector, labelled the results of Labour’s research “very worrying” but added that it was “unfortunately not surprising”.

He said: “Adding to this, a significant proportion of our members, who rely solely on international visitors and deliver a large proportion of visitation outside of London, have told us they will fail over the next six-months without further government support. This equates to over 10,000 job losses by Christmas.”

UKinbound wrote to Boris Johnson last week calling for improved action to support the tourism industry, urging the government to set up a “tourism resilience fund” to help shore up businesses until the industry is able to recover next year.

The work and pensions secretary, Thérèse Coffey, said: “At a time when we are protecting almost 10 million people’s incomes – and supporting millions more through our safety net welfare system – it is disappointing to see Keir Starmer using selective figures to chase headlines and score cheap political points.

“We have been honest with the British public that while we cannot save every job, we have introduced an unprecedented package of support for jobs and businesses, which have particularly helped the hospitality and tourism sectors. Our plan for jobs will support Britain getting back into work, something we hope the Labour party will get behind.”