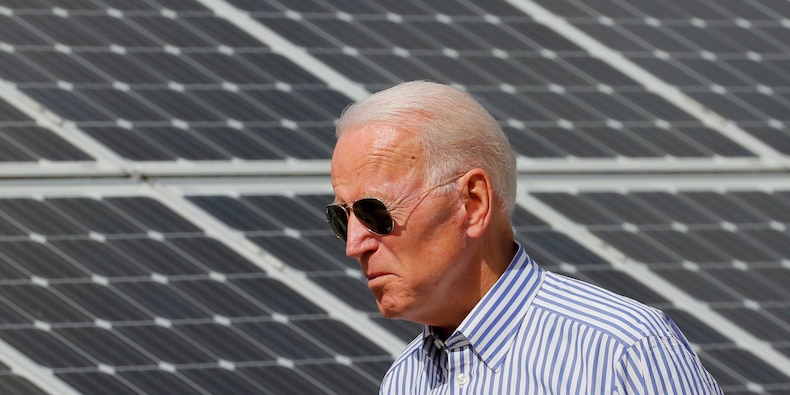 Not for the first time, everything we thought we knew about November’s US elections turned out to be a little off.

After Republicans did surprisingly well in Congressional races, investors concluded that the GOP would keep control of the Senate, meaning President-elect Joe Biden and Democrats wouldn’t be able to achieve their most ambitious plans. The market warmed to that scenario because it meant lower taxes and fewer big changes.

But the runoff elections in Georgia upended all of that and gave Democrats a sweep after all, requiring investors to adjust all over again.

“Financial markets had been priced for a divided government,” wrote UBS’s Thomas McLoughlin, head of Americas fixed income; David Lefkowitz, head of equities Americas; and Jason Draho, head of asset allocation for the Americas. UBS is the world’s largest wealth manager with $2.6 trillion in assets.

Investors found positives in that outcome pretty quickly, and UBS’s Mark Haefele, the investment chief for its global wealth management business, says there’s more reason for optimism and rejecting one of the market’s biggest fears – those tax hikes.

“A US tax increase is more certain today than it was yesterday,” he wrote. “However, any tax hike is likely [to]be smaller than the potential spending increases, and might not take effect until 2022, so Biden’s policies would on balance add stimulus to the economy.”

Biden’s proposals include raising the corporate income tax rate to 28% after it was cut to 21% during the Trump administration. That’s still lower than the pre-2017 rate of 35%. Biden has also proposed raising raising individual income, capital gains, and payroll taxes on people with annual incomes over $400,000.

Haefele says that Biden and Democrats will have to scale back their agenda because their majorities in both houses of Congress are so slim.

“A razor-thin margin of control in the Senate and a narrow house majority will put more emphasis on centrist policies,” he wrote. “The ability to pass the most progressive pieces of legislation may still be somewhat constrained.”

Even with those limitations and the market’s post-election rally, he says these are good developments for cyclical stocks.

“Rhetoric from the president-elect suggests further spending proposals in the first quarter. This points to the reflation trade remaining intact … and which we think has further to run,” Haefele wrote.

Michelle Laliberte, his colleague and a thematic investment associate , says there’s a lot of reason to be optimistic about green technology based on the elections and the new economic stimulus package.

“It included a number of key environmental policies that should help provide additional support for the industries we’ve identified as “greentech” – clean energy, smart mobility, energy efficiency, and the semiconductors that enable these technologies,” she wrote in a note to clients.

She says that shows that significant environmental initiatives can pass Congress even if it’s closely divided.

“Despite soaring valuations, the bipartisan stimulus victory helps add conviction to our positive longer-term view,” she wrote. But with that said, the “chances of passing a robust climate plan initiative” are higher as a result of Democratic control of the Senate.