The world's central banks are starting to experiment. But what comes next? | Adam Tooze 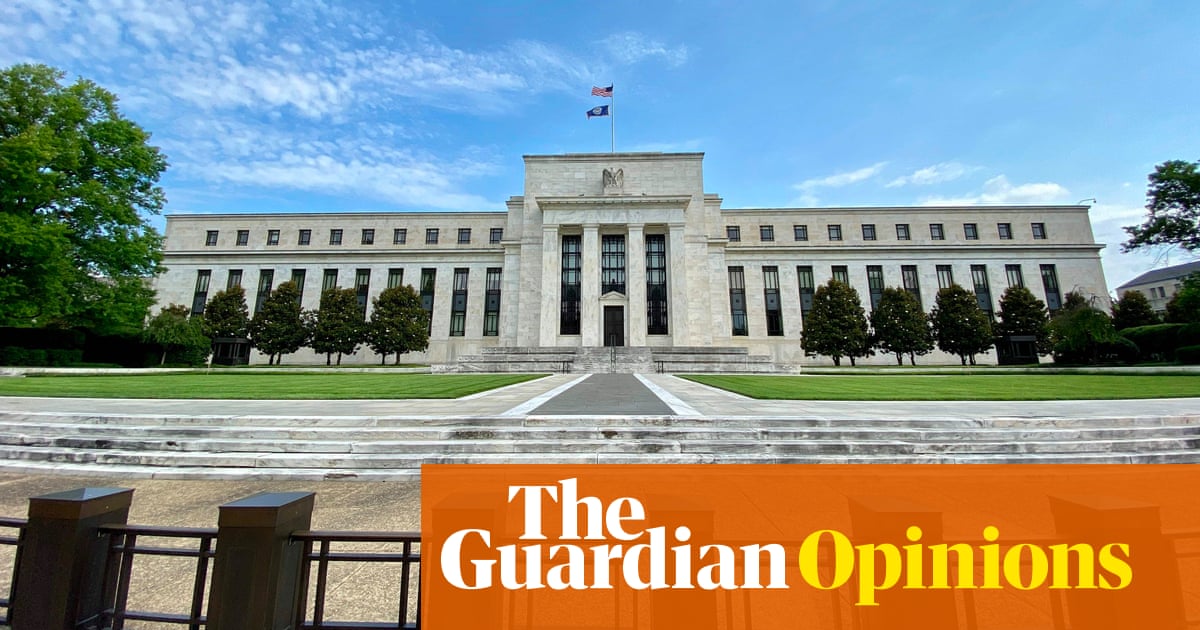 Are we seeing the end of the supremacy of the US dollar? With soaring government spending and gaping deficits are we on the cusp of a great surge of inflation? In light of the extreme financial measures required by the Covid-19 crisis and the alarming polarisation of US politics, the markets can be forgiven for asking such dramatic questions.

But it is worth reminding ourselves that as recently as March, the whole world was crying out for dollars. And far from fearing inflation, the problem actually facing central banks is how to avoid sliding into deflation. Falling prices are a disaster because they squeeze debtors – think negative equity in housing markets – and create a vicious circle of postponed purchases, leading to falling demand and further deflation.

In response to the threat of deflation, there are, indeed, changes afoot. But these take the form not of some dramatic collapse, but of a series of subtle but important adjustments in central bank policy.

The model of central banking from which we are departing emerged out of the battle against the inflation of the 1970s. It involved an independent central bank using short-term interest rates to keep inflation below 2%. If unemployment fell “too much” and price inflation began to accelerate, they would raise rates. The basic idea was to keep the bargaining power of labour in check. Collective adherence of central bankers around the world to this mantra was one of the pillars of the neoliberal age.

The problem of sustained low inflation first emerged in Japan in the 1990s. It was then the exception. The events of 2008 shocked the financial systems of Europe and the US. Central banks responded with dramatic asset purchases, known as quantitative easing. That staved off disaster, but it left lacklustre growth and prices drifting perilous closely to deflation. There was simply not enough demand in the economy. To compensate, after the first enthusiasm for austerity had worn off, central bankers in Europe, the US and Japan began calling for greater spending.

In 2016, after years of massive asset purchases, the Bank of Japan adopted a new regime known as yield curve control. The Bank committed to ensuring that the effective interest rate (yield) for 10-year government debts did not rise above zero. The idea was that if it guaranteed low borrowing costs this would stimulate borrowing and investment. It succeeded in dispelling the spectre of deflation, but growth revived only modestly. Earlier this year, at the height of the Covid-shock, Australia’s central bank began doing something similar.

The last time the US Federal Reserve used yield curve control was in the 1940s, to manage the huge debts of the second world war. It is a sign of the times that this summer both the Fed and the Bank of England were rumoured to be considering following the Australians. In the end they have not. But what the Fed has announced in recent weeks is its own mini revolution.

The Fed is not changing its ultimate mandate, which is to balance price stability with maximum employment. But it has announced that it will no longer preemptively slow down the economy if the labour market begins to look tight and it will treat its 2% inflation target as an average. Given many years of low inflation, the Fed will now tolerate an equivalent period of higher inflation to make up for the difference. Fundamentally, the Fed is acknowledging that the bargaining power of labour is far lower than in the 1970s and the risk of an inflationary blowout remote.

With interest rates pegged back, the immediate impact of this announcement was for the dollar to fall. In general, a weak dollar is good for the world economy. It helps those who borrow in dollars and whose trade is priced in it. But it puts Europe, which relies on selling exports in euros, under pressure. For a long time, the EU has been able to rely on worries about financial crises in Greece and Italy to keep the value of the euro down. Yet 2020 has upended that calculation. The political crises in the US, contrasted with the success of the Europeans in devising a financial deal, has sent the euro soaring, squeezing exports and tempting deflation by cutting the price of imports to Europe.

The European Central Bank (ECB) has not espoused yield curve control or fiddled with its definition of inflation. But it too is engaged in a radical experiment.

In contrast with the US economy, where firms borrow on bond markets, lending in Europe is driven by banks. The ECB has found a new way to stimulate the economy by creating a tiered system of interest rates. If banks lend to business, they can now do so with funds from the so-called TLTRO facility that the ECB pays them to borrow from. This subsidy to bank lending has not been enough to prevent a worrying slide towards deflation, but it has worked in ensuring that credit flow has not collapsed.

With the Bank of Japan, the ECB and the Fed all engaged in experimentation, one of the truly remarkable upshots of 2020 is that the fourth pole of the global financial system, the People’s Bank of China, has emerged as the most conservative. It is not engaged in massive asset purchases. It has not shifted its stance on inflation. And far from subsidising banks to make loans, it expects China’s giant commercial banks to absorb the costs of providing low-cost credit.

Prophets of the end of the dollar regime – under which the US dollar serves as the world’s main reserve currency – are right to sense change, but wrong in their diagnosis. It is not the end of the postwar world that we are witnessing, but the end of the uniform central banking model of the 1990s. What central banks do is becoming more complex, more diverse and more multipolar. What is emerging is a hybrid assemblage that combines market mechanisms with massive intervention and seemingly limitless credit. Its Frankenstein quality is undeniable, but what kind of monster it is, remains to be seen.

It is certainly possible to imagine a scenario in which the Fed’s expansion leads to the dollar losing further value. Currency adjustments escalate into currency wars and currency wars into trade wars. Look what happened in 2015. Desperate to offset the deflationary austerity in the euro area, the ECB turned to expansive monetary policy just as the Fed was tightening. The dollar appreciated. America’s manufacturing industries in the midwest suffered a mini-recession, preparing the way for Donald Trump’s victory in 2016.

But 2021 might also bring another scenario: the Fed’s announcement that it is rebalancing employment and inflation control puts downward pressure on the dollar. But rather than fighting the Fed, the Bank of England and the ECB may decide to double down on their own expansionary policies. After all, they too are under the shadow of deflation and inadequate demand. The result would be a collective move away from the conservative bias ingrained in the 1990s model of central banking.

The social forces that gave the inflation of the 1970s its runaway dynamic have been crushed, everywhere. This historic shift imparts to the economy a chronic bias towards stagnation. It also gives the central bankers a greater freedom to act. The question is whether they will use that freedom to support and enable the welfare spending and investment we need to meet the challenges of the current crisis.

• Adam Tooze is a professor of history at Columbia University