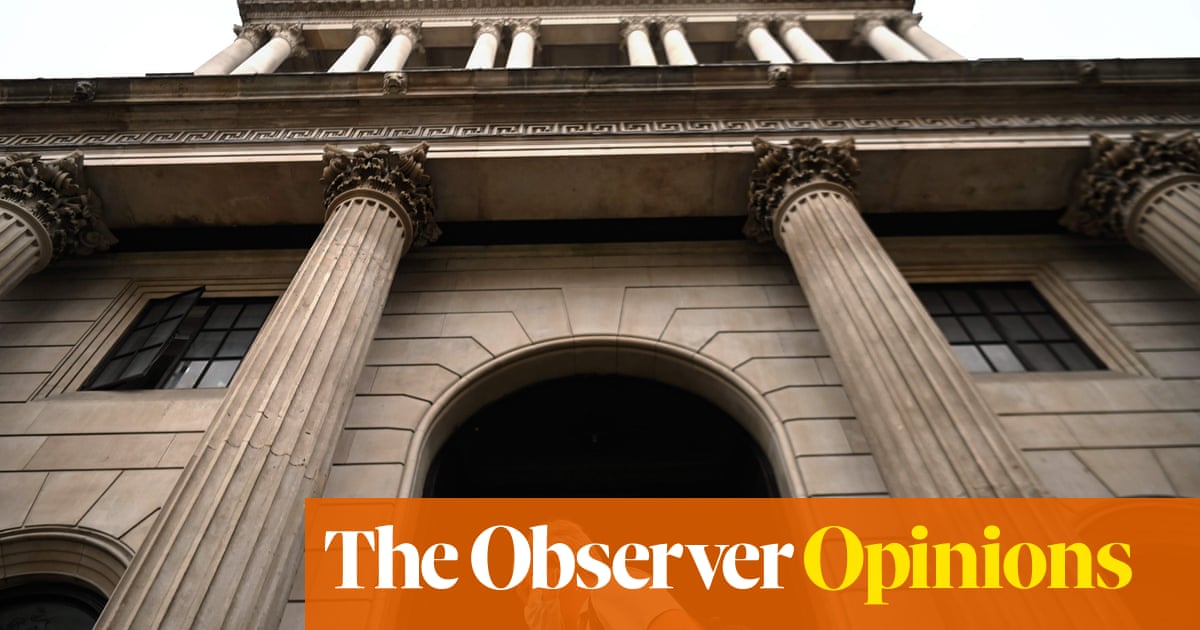 As Britain and the rest of Europe battle the second wave of the Covid-19 pandemic, desperate eyes turn to central bank bosses, wondering what rescue plans they have up their sleeves.

This year the Bank of England has pumped £300bn into the UK economy via its quantitative easing programme. The European Central Bank (ECB) pushed more than double that amount into the 19 eurozone countries, and the US Federal Reserve has done the same to keep credit flowing through the banking system.

These moves have prevented another financial crash, and given governments a degree of confidence that while they wrestled with the pandemic, central banks would keep cheap credit flowing.

Looking forward, the signals are not of recovery, but relapse, and it is not clear that the same old central-bank magic will make much of a difference. Inflation is sinking like a stone as consumers rein in their spending again. Annual prices in the eurozone fell by 0.3% in September following a 0.2% decline in August, according to figures last week. Consumer price inflation in the UK dropped to 0.2% in August, meaning prices barely rose.

Neither the Bank of England nor the ECB is anywhere near the 2% inflation level the central banks are expected to maintain, in theory.

To make matters worse, Britain’s high street lenders are beginning to tighten their lending criteria and increase mortgage and credit card loan rates, making it more difficult for poor and middle-income households to access credit. Understandable though this might be from a lender’s perspective, it runs counter to the Bank’s plans for a return to more normal credit flows.

Next on the conveyor belt of initiatives could be negative interest rates – or from the ECB’s perspective, cuts in rates beyond the -0.45% it already levies.

It may seem counterintuitive to charge a business or consumer for depositing money, but that is what a negative rate does. It then allows a bank to lend at a negative rate, which rewards borrowers. A negative-rate mortgage means the interest bill is credited to the borrower’s account rather than debited, reducing the sum borrowed over time.

Andrew Bailey, the Bank of England’s governor, has talked at length about negative rates over the past fortnight, mostly to downplay the likelihood of them ever being used – and certainly not until next year, when his officials have completed a long investigation into their impact.

As he told the House of Lords’ economic affairs committee last week: “It would be a cardinal sin on our part if we said something was in the toolbox which we didn’t know if it actually worked.”

Judging by the comments of NatWest’s chairman, Sir Howard Davies, Britain’s banks have done precious little work themselves to prepare for negative rates. He said there would be “technical issues and many contractual issues”, in a very downbeat assessment of cutting interest rates to below zero.

Bailey said there was evidence from the ECB that a negative deposit rate discouraged corporations from keeping money sitting idly in a bank account and encouraged them to invest the funds to earn a return. This is a good thing and exactly why former Bank of England policymakers Adam Posen and David Blanchflower long ago urged Threadneedle Street to adopt negative rates.

Bailey and Davies are understandably concerned that consumers would rather stick cash under the mattress than leave it on deposit and watch it shrink.

That is where the central bank comes in. If NatWest can channel cheap money from the Bank into high street products, it could maintain its deposit interest rates, its margins and profitability.

If Danish banks can do it – they are among the first in Europe to have offered negative-rate mortgages – so can British banks. It just takes a little willpower and planning. If they are absent at the moment, the Treasury could give lenders and the Bank a shove. The UK needs all the help it can get.

We were hooked on carbon. Covid gives us a chance to get clean

The fall in global carbon emissions since the coronavirus outbreak may appear to be one of the few silver linings from the pandemic, but even this wafer-thin glimmer looks set to fade. The International Energy Agency (IEA) estimated last week that carbon emissions from the energy industry had fallen by up to 7% this year, but warned in the same breath that this seemed unlikely to last.

As global economies emerge from lockdown, factories will whir back to life, the world’s steel furnaces and power plants will fire up once again, and passenger planes will return to the air. The brief reprieve from rising emissions in 2020 could be followed by the greatest surge in emissions growth on record.

Perhaps the most important lesson governments can learn from the current emissions lull is how deeply embedded the sources of carbon dioxide are in the systems of our everyday lives. That it has taken an unprecedented upending of society to shave 7% from the world’s carbon footprint reveals the challenge ahead if we hope to eliminate carbon entirely.

The message from the IEA is clear: achieving a structural decline in global carbon emissions will require nothing less than an overthrow of the systems that dominate today if we hope to create a carbon-neutral global economy by 2050. This low-carbon coup will need to happen within the next 10 years if we hope to avert the worst of the climate crisis. But if we’re smart, we will begin now, using the aftermath of the pandemic to rethink the way things were before.

The good news? The silver lining in the challenge ahead will prove far more resilient than the false hope offered by the emissions slump of 2020: this is the chance to design a society which is not only more sustainable, but fairer and more resilient, too.

Wetherspoons will weather this storm better than Johnson

Was it only last summer that Boris Johnson and Wetherspoons’ Tim Martin were seen chortling over a pint at one of the ubiquitous chain’s pubs?

Martin – an outspoken cheerleader for Brexit – endorsed Johnson’s candidacy for prime minister. Fast forward to the midst of the pandemic and Martin has lost faith in his man, after Spoons fell to a £105m loss – the first in its history – amid government-imposed restrictions on pubs.

In a typically wide-ranging monologue at a press conference last week, he quoted Macbeth and Bob Dylan, as well as comparing himself (as a joke, he stressed) to Nelson Mandela. But the Wetherspoons founder-chairman spent most of his time lambasting the PM’s handling of the pandemic.

He likened Johnson to a batsman facing the fast bowler Dennis Lillee in his pomp without wearing a cricket box. But even in these circumstances, the PM was doing a bad job, he said, “jumping wildly from pillar to post” depending on what pollsters said the public might like.

The notion that Johnson is more interested in appearances than substance is something Martin could hardly have been expected to predict when the pair were mugging for the cameras at that photo opportunity last year. Still, if you had to bet on who will be at the helm longer, you’d back Martin every time.

Spoons may have suffered a chastening and unfamiliar loss but it remains well placed to recover, with a strong balance sheet and freehold ownership of its pub estate. It has always beaten most competitors on price, something likely to stand it in good stead as the economic impact of the pandemic bites harder.

Martin will no doubt be delivering another lengthy diatribe next year, perhaps quoting from Macbeth again. (“I often thought, what the bloody hell is Shakespeare going on about?” he said.) But apart from when its boss trips over lines by the bard, Wetherspoons is keeping it simple, and benefiting from that.