Taco Bell will take on rivals in the fast-food chicken wars, as chains like McDonald's and KFC debut new sandwiches 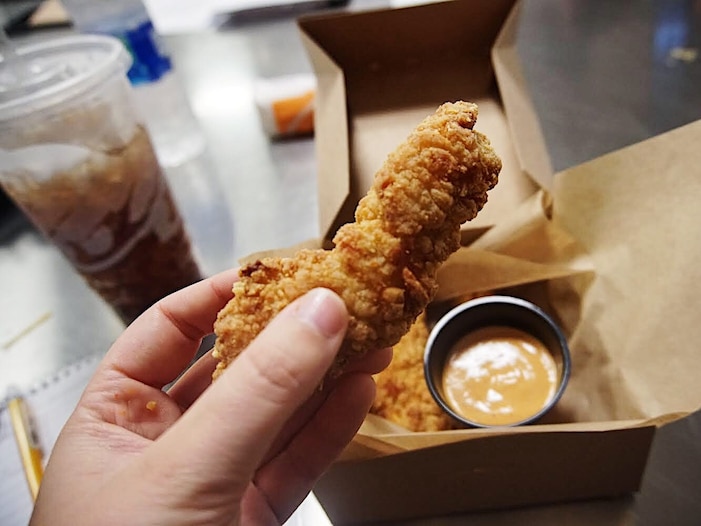 As fast-food chains prepare for the 2021 chicken sandwich wars, Taco Bell is ready to enter the fray.

Taco Bell’s global chief food innovation officer Liz Matthews told Insider that customers can expect to see significant menu innovation from the chain when it comes to chicken in 2021.

“I love watching the competitors,” Matthews said in a recent interview. “I think a lot of players out there are doing a great job, but what I will say is that we will interrupt that with what we’re going to do on chicken.”

Read more: Leaked documents show how McDonald’s plans to win the 2021 chicken-sandwich wars. Here’s everything we know about the looming fast-food battle.

Taco Bell has developed a number of fried chicken options in the past. In 2019, the chain ran a test of chicken tenders in two cities. Taco Bell’s “Naked Chicken Chalupa” – a chalupa that uses fried chicken as its shell – has become a repeat limited-time offering since its debut in 2017.

The mystery chicken menu item is part of a wider range of new and returning items slated to hit Taco Bell’s menu in 2021.

On Thursday, Taco Bell announced its Cheesy Fiesta Potatoes and the Spicy Potato Soft Taco will return to menus in March, following an outcry from customers. Taco Bell also announced a partnership with Beyond Meat to develop plant-based menu items.

“I think during COVID, everybody had to slow a bit,” in terms of menu innovation, Matthews said.

“Behind the scenes, the pipeline never stopped,” Matthews added. “My team quickly switched to doing everything virtually. … I think what you’re going to see over the next 24 months is all of that work will come to light.”

2021 brings a renewed battle over chicken 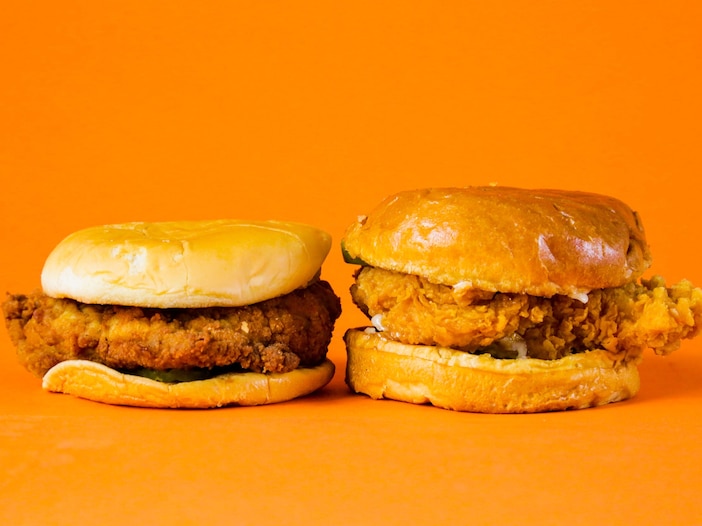 Chick-fil-A and Popeyes kicked off the battle for the best chicken sandwich.

McDonald’s confirmed to Business Insider last week that it plans to launch three chicken sandwiches, made with a new “thicker and juicier” chicken fillet, in late February. The new sandwiches will feature crinkle-cut pickles served on a buttered potato bun, in a style reminiscent of Chick-fil-A’s sandwich.

KFC is also rolling out a new chicken sandwich in February. Last week, the chain announced plans to debut a chicken sandwich made with white meat, served on a brioche bun with pickles and the option of spicy sauce or mayo.

Burger King also has a new chicken sandwich in the works.

Carrols Restaurant Group, Burger King’s biggest franchisee, said at the ICR Conference this week that a new chicken sandwich is set to launch across the chain in March or April. UBS analyst Dennis Geiger said in a note to investors that the sandwich is set to be “the biggest sales driver this year,” with significantly higher sales than Burger King’s current chicken sandwich. (Burger King declined to give further details, saying in a statement: “The King must eat like a king. So, we’re constantly testing new items to satisfy his cravings.”)

Popeyes kicked off the chicken sandwich wars in 2019 with a new sandwich that rivaled Chick-fil-A’s classic menu item. In the months since, Popeyes chicken sandwich has continued to attract customers to the chain.

Restaurant Brands International, Popeyes’ parent company, reported in late October that the chain’s sales were up 21.5% in the most recent quarter. José Cil, the company’s CEO, told investors that the chicken sandwich continued to be “the largest single driver of sales growth.”