“This past election was clear evidence that Facebook has become a gigantic trash heap of disinformation and it’s way past time for it to clean up its act,” said Emma Ruby-Sachs, executive director of SumOfUs. “Mark Zuckerberg knows he’s not doing nearly enough. He’ll keep doing the bare minimum and continue to line his pockets with profits until we hold him accountable for the destruction he’s doing to our very democracy.”

SumOfUs has been relentless in putting pressure on the mjor social media platforms to fightagainst disinformation rather than be complicit in its spread. As part of the day’s events, the group delivered a recent petition to Zuckerberg signed by over 52,000 supporters demanding that tech giants like Facebook, Google, YouTube and Twitter rework their algorithms to stop pushing users to extreme content that is littered with disinformation, hate speech, and lies.

For more information or to arrange an interview with a SumOfUs spokesperson, please contact Rewan Al-Haddad: rewan@sumofus.org

About SumOfUs
SumOfUS is an advocacy nonprofit organization and online community with nearly 17 million members worldwide. We combine and amplify consumers’ voices to make sure regulators and corporations around the world hear them. Together, our community of millions act as a global consumer watchdog – running and winning campaigns to hold the biggest companies in the world accountable. More information can be found at www.SumOfUs.org.

A Media Snippet accompanying this announcement is available by clicking on the image or link below: 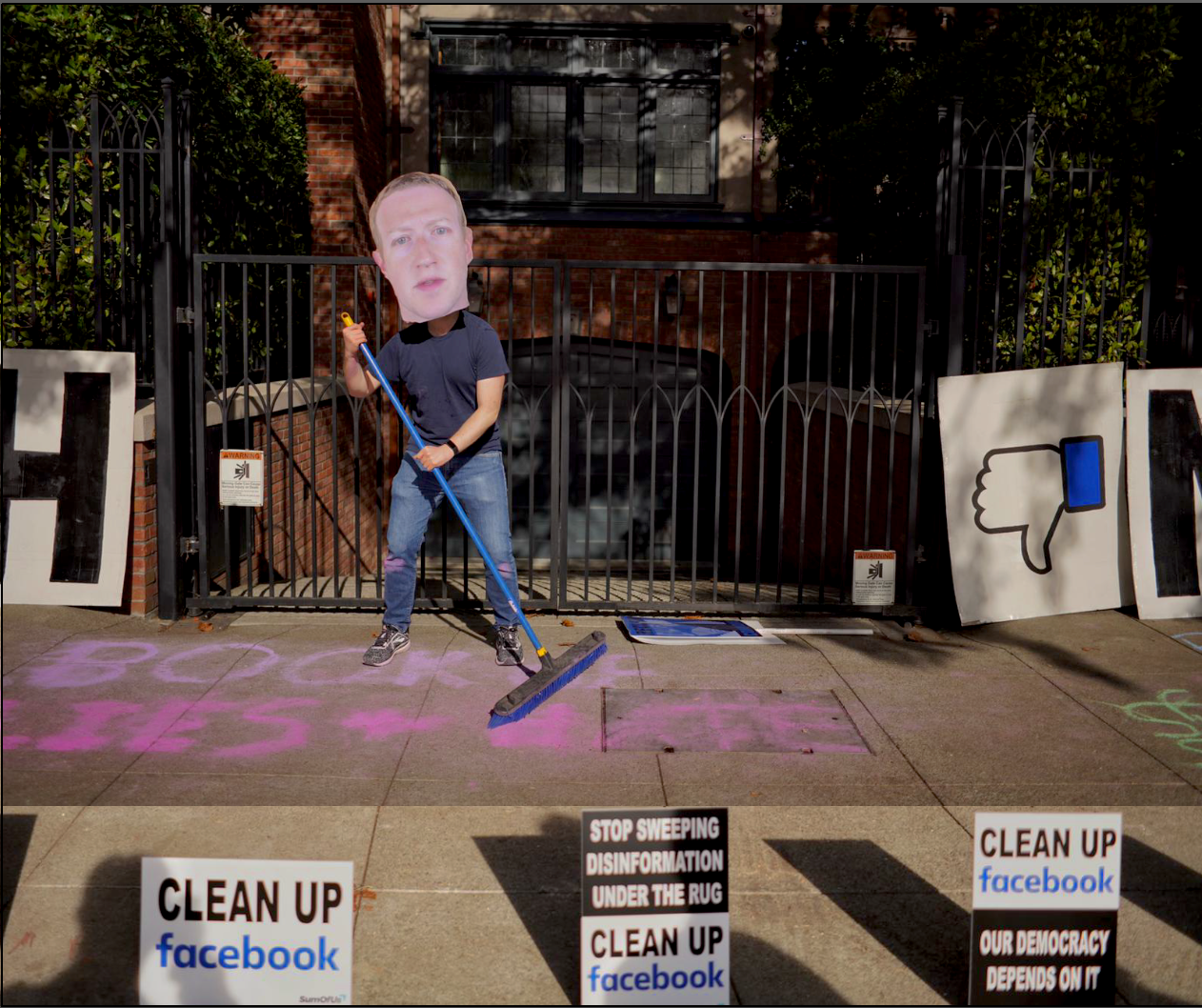