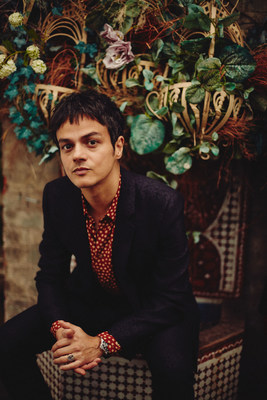 Jamie Cullum is one of the UK’s top jazz artists/songwriters, known for crafting hit songs across genres and collaborating with prominent talent including Paul McCartney, Pharrell, Kendrick Lamar, Lang Lang, and Clint Eastwood. Jamie’s signing is an exciting return to the company after signing his first-ever publishing deal with EMI eighteen years ago.

Recently, Cullum released a brand-new album, The Pianoman at Christmas, which was recorded at London’s famous Abbey Road studios and features ten original songs played by 57 of Britain’s best musicians.

Jamie said, “I’m so proud to have signed with Sony/ATV and to be rejoining a team I first started working with in 2003 at the very beginning of my professional career. Whilst I have had a long and interesting journey as a songwriter, I do feel like I’m entering a new phase in the body of work I’m creating. I know and respect the team at Sony/ATV and I’m excited to explore with them the possibilities of where we can use my songs not only within my own recorded output but also for other artists and in film, theatre, computer games and beyond.”

Sony/ATV UK President, Co-Managing Director David Ventura and Co-Managing Director Tim Major said, “Jamie is a class act in every way – as a songwriter, a musician, a voice and as a person. We’re absolutely thrilled that he has chosen to work with us on this exciting next phase of his career.”

Fran Malyan, Sony/ATV Catalogue, said, “I’ve worked with Jamie from the beginning of his amazing career so I’m more than thrilled that he’s returning to his original home.  His new album is a masterpiece full of brand-new songs that sound like standards.”

Cullum broke into the mainstream with his album Twentysomething in 2003, which earned him international success and made him the fastest-selling British jazz artist in history. It also earned Cullum his first Grammy nomination for Best Jazz Vocal Album. Since then, Jamie has earned continued success with various albums including Catching Tales, The Pursuit, Interlude, Momentum, and his 2019 album Taller.

Cullum has received numerous top awards and nominations throughout his music career, including a 2020 Ivor-Novello award for “Age of Anxiety,” which won Best Song Musically and Lyrically, two BRIT awards for Best Male Artist and Best Live Act, a Grammy award, and several Grammy nominations. Cullum has also received a Golden Globe nomination for Best Original Song for “Gran Torino,” which was a collaboration between him and Clint Eastwood.