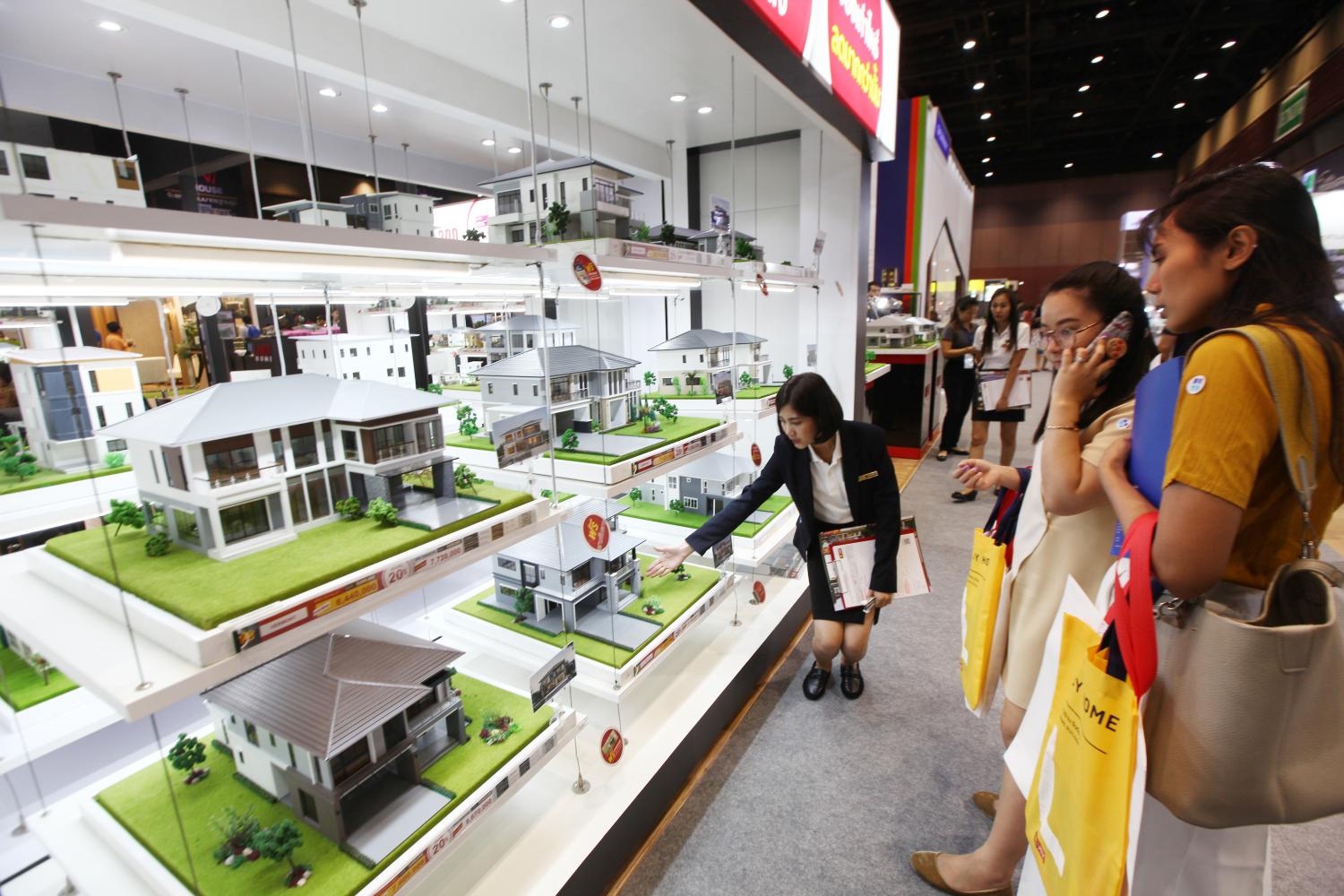 Homebuyers browse model homes at a housing fair. The REIC says the housing market in the third quarter improved from the previous quarter. Phrakrit Juntawong

Access to loans is important to boost the property market in 2021 as recovery momentum is expected to continue from the third quarter this year, according to the Real Estate Information Center (REIC).

Vichai Viratkapan, the centre’s acting director-general, said housing demand is strong despite the pandemic, but homebuyers had more difficulty in getting mortgages approved.

“An economic recovery next year can help rebuild the confidence of financial institutions, resulting in an easing of rules. Homebuyers would then be able to better access mortgages.”

Mr Vichai said the housing market in the third quarter improved from the second quarter, with a better than expected number of housing transfers nationwide during the period at 93,230 units worth 246 billion baht. This was a decrease of 10% from the same period in 2019.

Several months ago REIC forecast a year-on-year drop of 20% for the total number of housing transfer nationwide in the third quarter, which was the base-case scenario.

“The momentum will likely carry over into next year as many positive factors are apparent, including an economic recovery and confidence among developers,” he said.

In the first nine months, the total number of housing transfers nationwide was 261,855 units worth 670 billion baht, down 7.9% from the same period last year.

“If the stimulus extends to units priced no higher than 5 million baht, from the current cap at 3 million, growth will increase in the 3-5 million baht category.”

He said a key factor for increasing unit transfers in the third quarter was campaigns and discounts aimed at draining stock.

“The market in the first quarter next year will remain below average, but will gradually pick up from the second quarter until the end of the year, driven by the government’s economic measures and vaccine availability,” said Mr Vichai.