Plaid pulled the plug on the Visa deal over price, not antitrust concerns 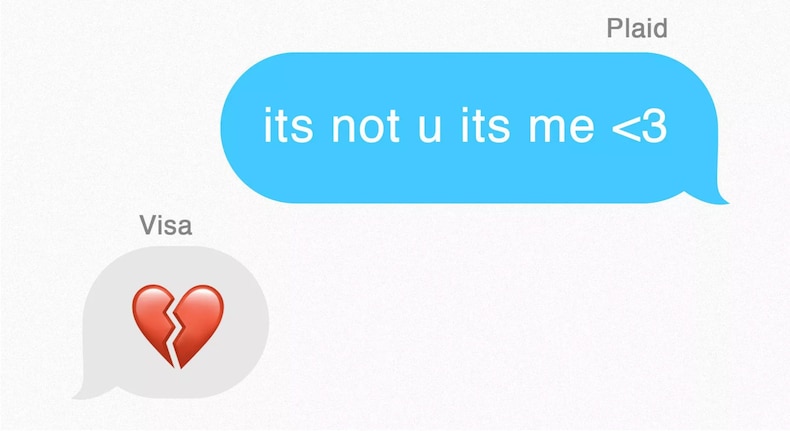 Visa will no longer be buying fintech upstart Plaid, as the companies on Tuesday announced the “mutual termination” of the $5.3 billion agreement that was signed one year ago and opposed by US antitrust regulators.

Why it matters: This is more about the rising value of fintech companies than it is about the US Justice Department. It also turns Plaid into a very appealing target for growth equity investors, IPO bankers and SPAC sponsors.

Backstory: DOJ sued to block the deal in November, claiming it would eliminate Plaid’s future ability to compete in the online debit market, thus giving Visa a monopoly. Visa said it would vigorously defend itself, in part because Plaid has no online debit products nor any in the pipeline.

What officially happened next: Visa and Plaid mutually agreed to scrap the deal, with no termination fees to be paid.

What really happened next: Plaid got cold feet, per multiple sources familiar with the situation. Not because of any malfeasance by Visa, but because it knew it was now worth way more than $5.3 billion. And the DOJ suit, and corresponding closing delays, gave it an escape hatch.

Between the lines: Just look at today’s fintech deal news – Affirm goes public at $49 per share, after selling stock at around $20 per share last September. Blend raises at $3.3 billion, doubling its valuation in just five months. Rapyd raised at $2.5 billion, versus $1.2 billion in Dec. 2019. MX raised at a $1.9 billion valuation, quadrupling where it was in mid-2019.

Company CEO Zach Perret declined to discuss the tick-tock with me, as did a Visa spokesman, but says he and Plaid’s board “met a couple of weeks ago and made the decision to part ways.”

What comes next: It’s not yet clear. Plaid is said to have a decent cash position, but also has lots of vested employees who were banking on liquidity. So don’t be surprised to see some sort of secondary offering, or maybe even a SPAC (as it’s a faster route than IPO, which Plaid wouldn’t have been gearing up for).