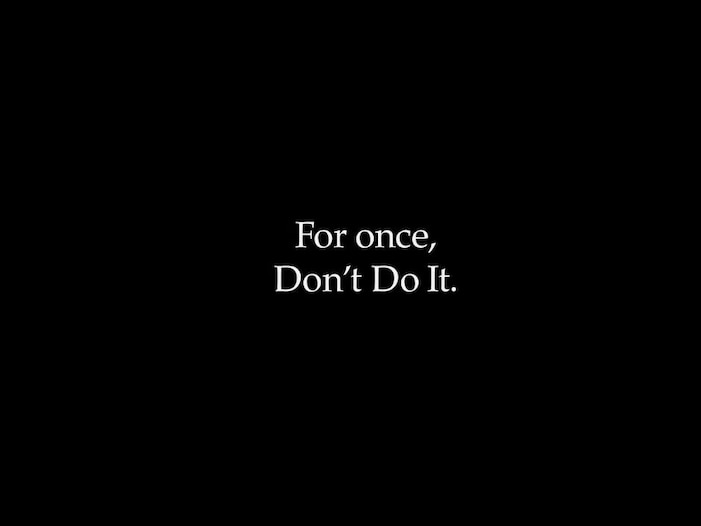 Nike released this socially conscious ad in May.

The killing of George Floyd and subsequent protests that spread across America put brands in the uncomfortable position of figuring out the right thing to say during moments of high tension around the country.

Like many companies, Nike needed to change its brand voice in 2020. And when it came to determining how to do so, it turned to one of its core tenets.

“One of the values of the company has always been do the right thing,” Adrienne Lofton, Nike’s vice president of North American marketing said during a panel discussion at this year’s virtual CES conference on Wednesday. “And so when we found ourselves in the middle of racial injustice and this idea that we needed to redefine the conversation, the first thing we knew is we believe sport has the power to change the world.”

Read more: Trevor Edwards was the highest-ranking Black employee at Nike until 2018. Now the former exec is guiding new brands on diversity and inclusion 2 years after his high-profile ouster from the sportswear giant.

Nike, a sportswear leader, took an active approach when it came to addressing racial injustice and inequality. According to Lofton, the brand knows the power it wields when it comes to influencing other industry giants to drive change. For example, Nike was one of the first companies to take a public stance against racism in May. The company launched a video campaign with the tagline “Don’t do it,” urging viewers not to turn their backs on racism. Other brands like Adidas and Under Armour also released similar messages on social media.

Nike’s recent response to racial injustice ended up offering a roadmap for how Nike would address complicated issues moving forward. Lofton said the company eventually built something called a “Purpose Playbook” for Nike North America, which informed how and when the company would get involved in causes for social justice and civil equality.

This playbook helped Nike lean into new causes like voter registration, Lofton said. Nike partnered with Rock the Vote and When We All Vote, two nonpartisan organizations, to help people register to vote. Nike also collaborated with Lyft on an initiative to offer discount rides for people in communities with limited access to polls.

A similarly active approach was taken when it came to messaging around the pandemic. As Lofton explained, Nike is a brand that thrives on experience. But when the pandemic forced lockdowns in many states, Nike pivoted its messaging to encourage people to stay at home. The marketing team launched a simple black-and-white post on social media that encouraged Americans to “play inside and play for the world.”

“It was so simple, but the insight was right,” Lofton said, adding that the post received levels of engagement that were the highest the brand had seen in years.

Lofton added that “the world seemed to stop and rejoice through the lens of sport” at times in 2020, even amid a global pandemic. As she put it, sports fans and athletes across the world were able to keep up with the goings-on in the NBA bubble and enjoy the release of the wildly popular ESPN Michael Jordan docuseries, “The Last Dance.”

“It was our reminder that sport is bigger than sport,” Lofton said. “And when the world needs to be reinvigorated and find a reason for being, and keeping going into that next day, sport is the reason.”