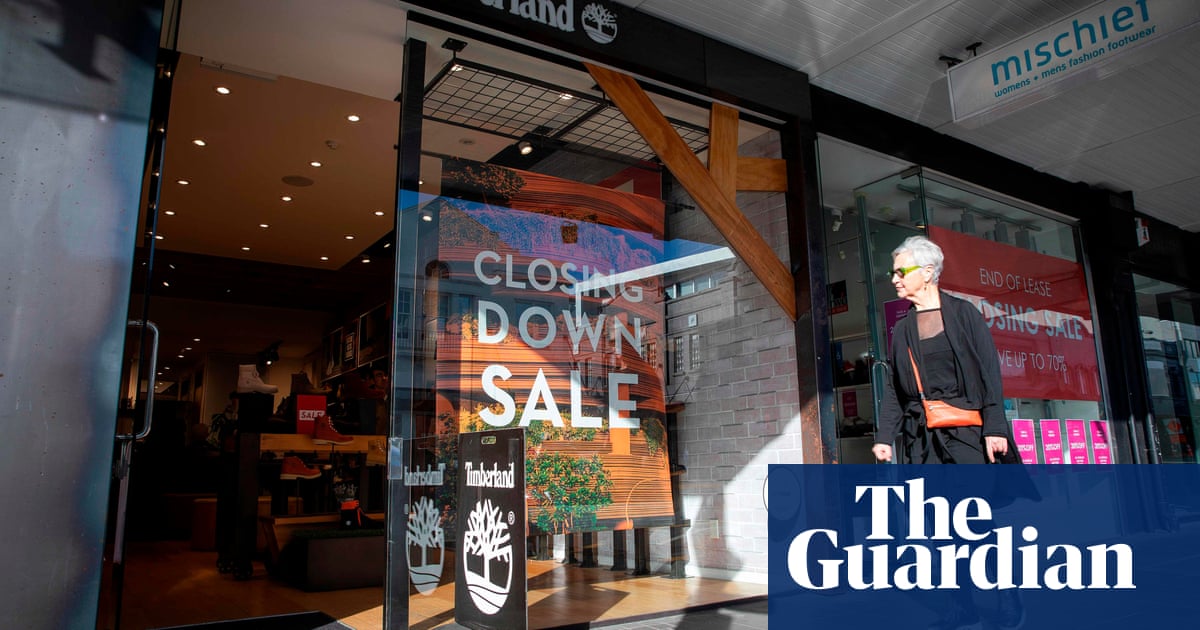 New Zealand has entered a recession with the economy contracting 12.2% in the June quarter – the largest drop since such records began in 1987.

Paul Pascoe at Stats NZ said the GDP fall was “by far the largest on record in New Zealand” and reflected months spent in lockdown.

Industries such as retail, accommodation, restaurants and transport saw significant declines; as did construction and manufacturing at 25.8% and 13% respectively.

Annually, GDP fell by 2% – the first annual decline since the March 2010 quarter.

New Zealand’s economic retraction is higher than Australia’s 7% and Canada at 11.5%, but much less than in India, Singapore and the UK.

The prime minister, Jacinda Ardern, placed New Zealand in a strict one-month lockdown on 26 March. No one was allowed to leave their home unless buying groceries, medicines, or taking an hour of exercise in their neighbourhood.

At the time Ardern said the lockdown was necessary to control the spread of the virus and her priority was saving lives at any cost.

Fewer than 2,000 people have become infected with the virus in New Zealand while 25 have died. The country’s efforts at containing the disease have been widely praised by epidemiologists around the world.

The finance minister, Grant Robertson, said Thursday’s figures were “expected” and the result of the government’s “go hard, go early” response to the pandemic.

“This result was better than the treasury forecast of 16% and at the lower end of other commentators’ expectations,” Robertson said. “The June quarter includes almost the entire time New Zealand was in alert level 4 which we moved into on March 26 so this result is not surprising.”

Robertson said economic analysts were predicting the September quarter to show “a record jump back to growth in the economy”.

Since lockdown most of New Zealand has returned to normal life with people visiting shopping malls, restaurants and city centres.

In August, Auckland, the country’s largest city, was placed in Level 3 lockdown after a community outbreak but many shops and food outlets were able to continue trading online or with Covid safety measures.

The worst hit industry in New Zealand is the vital tourism sector, which has experienced extreme hardship since Ardern closed the border to foreign nationals in mid-March.

Despite a rise in domestic travel the sector is still struggling.

Although Ardern and her Australian counterpart, Scott Morrison, have been in discussions about creating a trans-Tasman travel bubble, the arrangement now looks unlikely to happen before Christmas following community outbreaks in both countries.

The opposition National party’s finance spokesman, Paul Goldsmith, said New Zealand was heading for the “deepest recession in living memory” with 100,000 people forecast to lose their jobs in the next two years.

“The lack of pragmatism and a clear plan from Labour has made the economic hole deeper and the impact harder than it needed to be,” Goldsmith said. “This economic damage was recorded in three months but will last for decades to come.”

Robertson said despite entering a recession “today’s result shows the limitations of GDP as a measure of the wellbeing of a country”.

“While the economy slowed during lockdown, the benefits of moving into alert level 4 are not taken into account – including potentially saving thousands of lives, not overburdening the health system and getting on top of the virus so we could bounce back faster.”