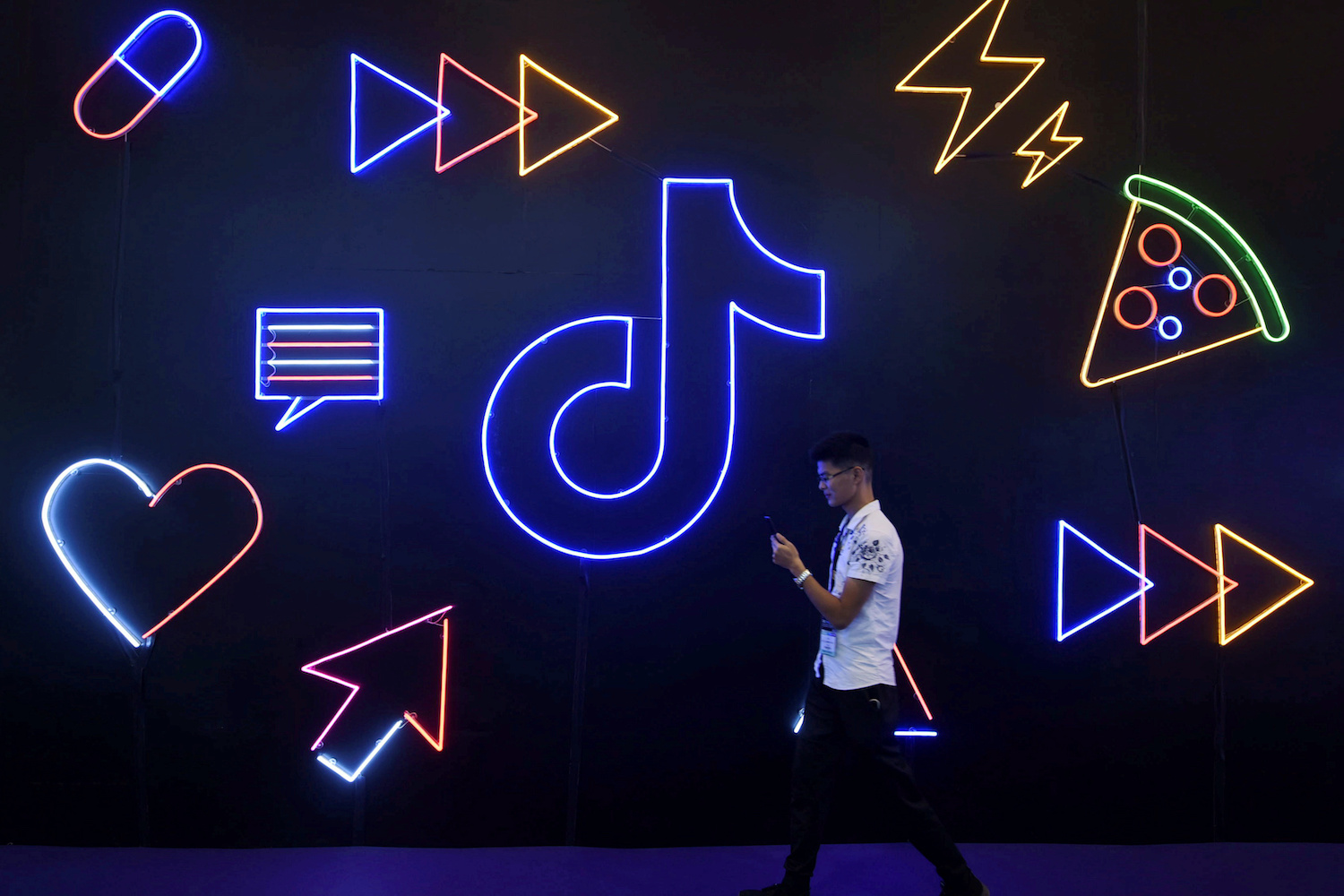 A man walks past a display featuring the TikTok logo at an IT fair in Hangzhou, China in November. (Reuters File Photo)

Microsoft is reported to be exploring the possibility of buying TikTok’s operations in the United States, even as President Donald Trump vows to ban the wildly popular Chinese video app on security grounds.

A deal would give the American software giant a popular social-media service and possibly relieve US government pressure on the Chinese owner of the app.

The Trump administration has been weighing whether to direct China-based ByteDance to divest its stake in TikTok’s US operations, according to several people familiar with the issue. Washington has been investigating potential national security risks due to the Chinese company’s control of the app.

The administration had been preparing to announce an order as soon as Friday, according to three people familiar with the matter. But the decision was put on hold, pending further review by Mr Trump.

Speaking to reporters aboard Air Force One on Friday, Mr Trump said: “As far as TikTok is concerned, we’re banning them from the United States.”

He added he would take action as soon as Saturday, using emergency economic power or an executive order. However, it was unclear how such a move may be enforced.

TikTok, especially popular with young audiences who create and watch its short-form videos, has an estimated billion users worldwide.

TikTok declined to comment on the reports of the forced sales, saying only: “We are confident in the long-term success of TikTok.

“Hundreds of millions of people come to TikTok for entertainment and connection, including our community of creators and artists who are building livelihoods from the platform.”

Mr Trump’s threat follows a review by the Committee on Foreign Investment (CFIUS), which investigates deals affecting US national security.

The company pledged a high level of transparency, including allowing reviews of its algorithms, to assure users and regulators.

“We are not political, we do not accept political advertising and have no agenda — our only objective is to remain a vibrant, dynamic platform for everyone to enjoy,” TikTok CEO Kevin Mayer said in post this week.

James Lewis, head of the technology policy programme at the Center for Strategic and International Studies, said he believes the security risk of using TikTok is “close to zero” but that ByteDance could face pressure from China to engage in censorship.

“It looks like ByteDance may be getting squeezed by Beijing, so making them divest makes sense,” he said. “They could start censoring stuff.”

India has already barred TikTok over national security and privacy concerns while other countries are reportedly considering similar measures.

Spokespeople for Microsoft and TikTok declined to comment on any potential talks about a sale.

Any transaction could face regulatory hurdles. ByteDance originally bought US-based Musical.ly Inc in 2017 and merged it with TikTok, creating a social-media hit in the US — the first Chinese app to make such inroads. As TikTok became more popular, US officials grew concerned about the potential for the Chinese government to use the app to gain data on US citizens.

A purchase of TikTok would represent a huge coup for Microsoft, which would gain a popular consumer app that has won over young people with a steady diet of dance videos, lip-syncing clips and viral memes.

The company has dabbled in social-media investments in the past, but hasn’t developed a popular service of its own in the lucrative sector. Microsoft acquired the LinkedIn job-hunting and corporate networking company for $26.2 billion in 2016.