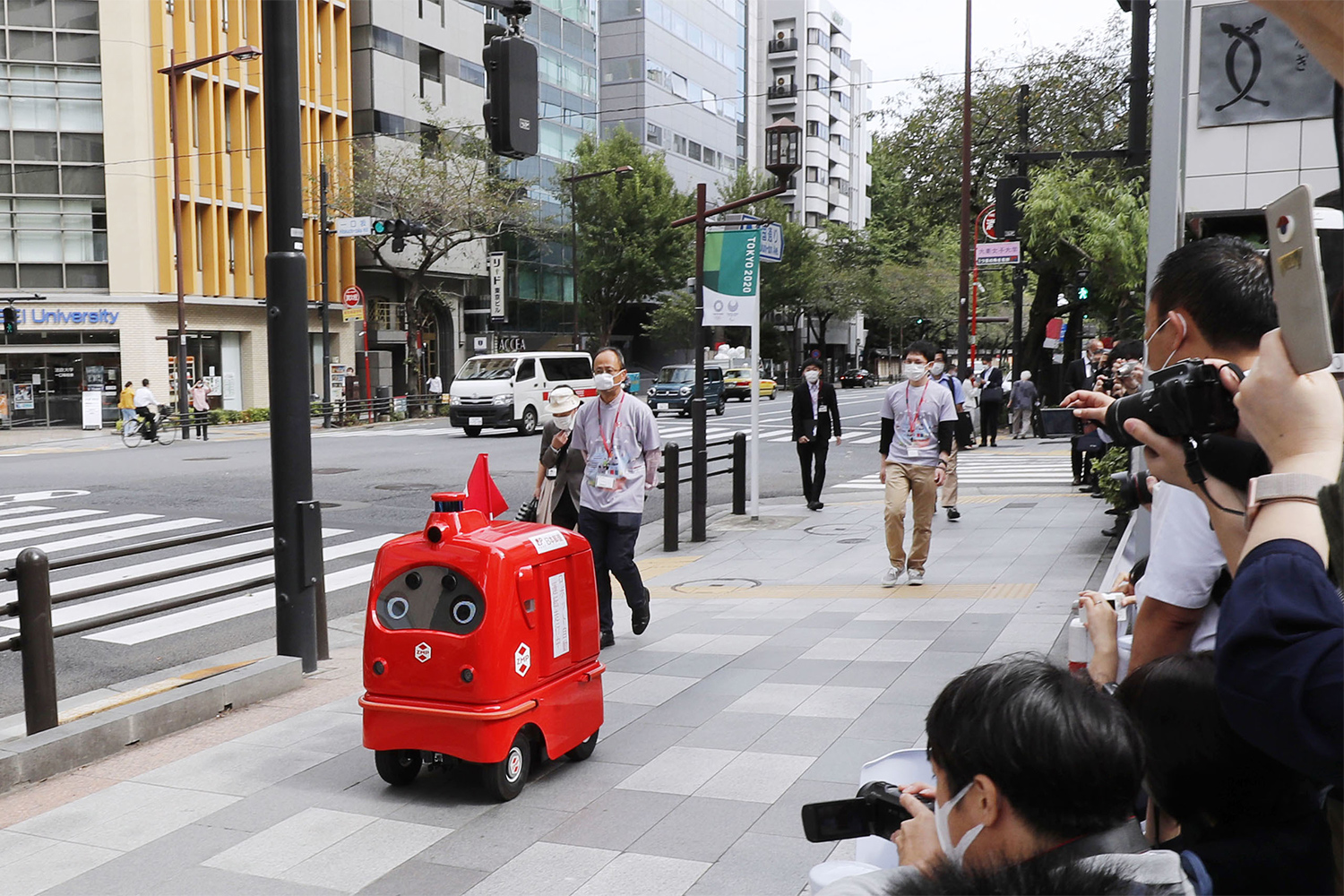 Japan Post makes the first test run on a public road of its self-driving mail delivery robot in Tokyo on Wednesday. (Photo: Kyodo)

TOKYO: Japan Post on Wednesday unveiled a self-driving mail delivery robot, the first of its kind on a public road in Japan, as demand grows for minimising human contact amid the coronavirus pandemic.

Using built-in cameras and sensors, the red robot, which is the size of a wheelchair, travelled along a footpath in Tokyo’s Chiyoda Ward, dodging obstacles such as utility poles, and crossed an intersection with traffic lights.

The robot is in the middle of a series of test runs that began on Sept 18 and runs through late October that sees it travel 700 metres from a convenience store in a hospital to a local post office in about 25 minutes.

The red-coloured DeliRo robot developed by ZMP Inc is capable of carrying packages weighing up to 30 kilogrammes at a speed of six kilometres per hour, according to Japan Post, which aims to put the self-driving posting vehicles into practical use in fiscal 2021.

Based on the test results, the Japanese government will discuss easing regulations on autonomous delivery robots, which are currently not allowed to run on public roads without human monitoring. The test run of the DeliRo was realised after Japan Post registered the robot with police as a vehicle.

Japan is also stepping up its push for autonomous delivery services in the hope they will alleviate the acute shortage of labour in the rapidly aging country.

In the United States, automated robots are being used to make house deliveries of things such as medicines and groceries.