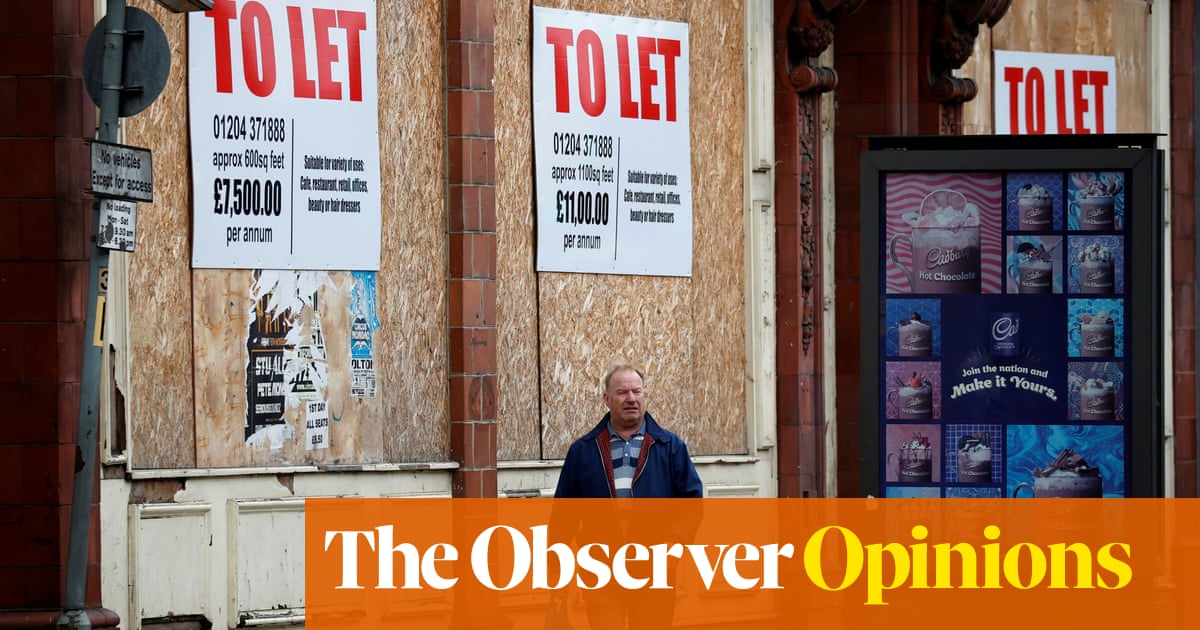 It may come as an unpleasant surprise to my remaining Brexiter readers, but if it had not been for a suggestion by the late Sir Samuel Brittan, I might never have embarked on a life as an economics commentator – a role which most certainly involves keeping up the attack on the folly of Brexit and of all Brexiters.

Sir Samuel, who died peacefully last Monday at the age of 86, was the senior economics commentator of the Financial Times for many years, and it was he who asked me to assist him in coverage of economic news. He was a mentor towards whom I have always been extremely grateful.

What particularly led Sam to get involved in economics journalism was the desire to understand why there was such a phenomenon as unemployment. In these strange times when the Bank of England, the International Monetary Fund and the Organisation for Economic Co-operation and Development are vying with one another to analyse the impact of the Covid-related clampdown on output and employment – the Office for Budget Responsibility’s “central scenario” is for unemployment to peak at 4 million (12%) by the end of December – younger readers may be surprised to learn that in the 1950s and early 1960s one of the big debates was about whether it was necessary to run economic policy with an unemployment rate of 1.5-2.5% to contain wage inflation and afford the room for maximum economic growth.

We used to divide unemployment into three categories: seasonal unemployment (for instance fruit pickers out of work in the winter, or ski instructors in the summer); “frictional” unemployment (people moving voluntarily between plentifully available jobs); and “structural” unemployment (declining industries shedding workers, who became temporarily unemployed while seeking new jobs).

Levels of unemployment would vary with the vagaries of the business cycle, and the way governments responded with policy. But the present employment catastrophe has nothing to do with the business cycle or the patterns of “boom and bust” famously, or notoriously, identified by my good friend Gordon Brown. It has the unique feature of being the consequence of a clampdown on economic activity imposed by a government panicked – for, I think, understandable reasons – by the pandemic. One of the big concerns is that a lot of long-term structural change looks like being compressed into a very short space, with horrific consequences for jobs and livelihoods.

Businesses are being closed and people are being made unemployed through no fault of their own. Concern about the impact of the pandemic on health may be the justification for the lockdown, but the fact that businesses and people are suffering as a result is most certainly a justification for government to spend – that is, borrow – hundreds of billions to compensate them.

Now, everywhere I go I encounter a recrudescence of the fallacy of applying “household economics” to the nation at large. Who is going to pay for this spending, people ask.

Well, the answer is: the government, by borrowing at next-to-zero interest rates, and the economic growth that will revive the government’s coffers in due course, just as it did after the second world war.

After being greeted with great enthusiasm for his furlough scheme, the chancellor is being firmly told by many experts that the government is now not doing nearly enough, and many victims of the pandemic face destitution. This comes, I fear, on top of the Cameron-Osborne policy of austerity and deliberate slashing of the local authority funds that are needed to counteract such threats of poverty. I recall quoting my friend John le Carré some years ago: even before this current catastrophe, he said that the coalition’s policy – yes, the Liberal Democrats too were in it up their necks – amounted to “planned penury”.

As if this were not bad enough, this cabinet of Brexiters is intent on leaving the single market and customs union, irrespective of whether or not a trade deal is eventually negotiated with the EU. Let us recapitulate: an advisory referendum was won by a gang of Brexiters who broke the rules for financing their campaign. Not to put too fine a point upon it, they conned a fair proportion of the electorate with a pack of lies about the virtually nonexistent benefits of Brexit. They are now faced with guaranteed losses of anything from 5% of economic output upwards, at a time when the pandemic – for which they cannot be blamed – has completely altered the prospects for the economy.

At some stage, public opinion will turn on the Brexit gang. If I were one of them, I should be running for cover pretty soon – preferably to a haven in the EU.