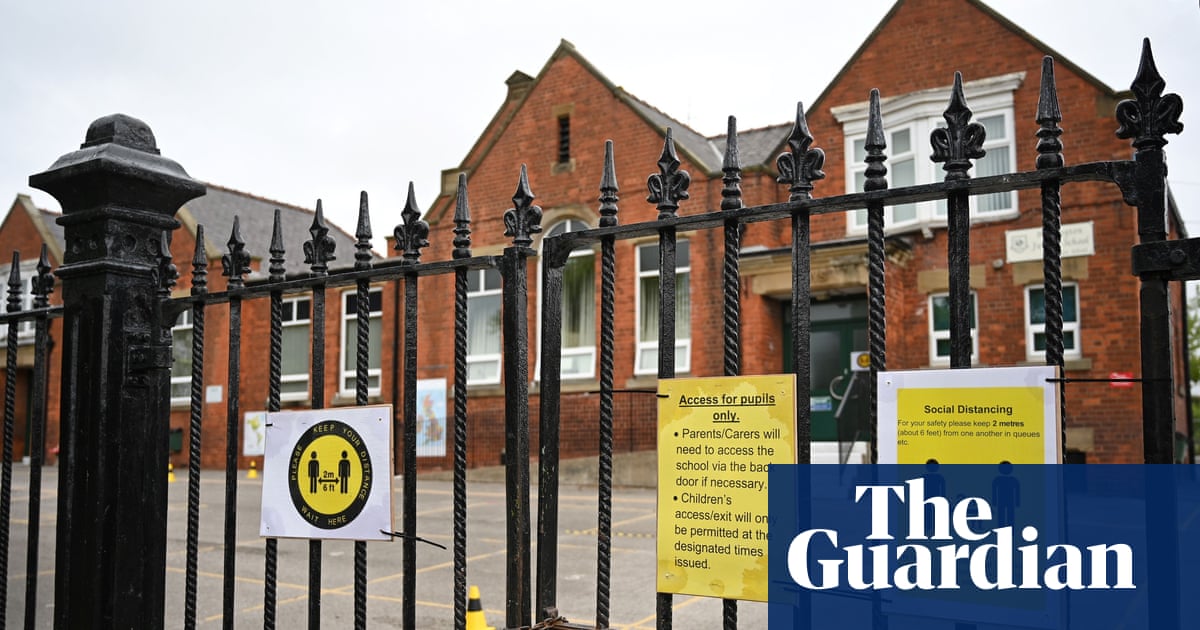 Schools in England are being promised a £1bn rebuilding programme as Boris Johnson commits to giving children a “world-class education” after months out of the classroom, and pledges help for the economy to bounce back from the coronavirus crisis.

The 10-year investment plan for upgrades and refurbishments comes ahead of the prime minister’s key speech on Tuesday in the Midlands, where he will set out how he thinks major infrastructure projects – including hospital and house building – will form part of his plan for the country’s economic revival.

Downing Street is yet to set out where the money will come from, and whether it forms part of an anticipated large-scale borrowing programme.

This would be the first major schools rebuilding programme since 2014. It comes a decade after Labour’s flagship Building Schools for the Future scheme was scrapped by the Conservatives in 2010, an initial casualty of austerity that halted 715 rebuild projects.

This week is a pivotal one for Johnson’s premiership, as he uses his address to restate his election-winning promise of “levelling up” the country. He will attempt to strike an upbeat tone after weeks of criticism over his government’s handling of the coronavirus.

Many of the new school upgrades will be in northern England and the Midlands, where Johnson won an unprecedented number of seats in former Labour heartlands, securing his 80-seat majority.

Johnson said: “As we bounce back from the pandemic, it’s important we lay the foundations for a country where everyone has the opportunity to succeed, with our younger generations front and centre of this mission.

“This major new investment will make sure our schools and colleges are fit for the future, with better facilities and brand new buildings so that every child gets a world-class education.”

Schools are not due to reopen fully until September for all age groups and there has been significant concern among parents, teachers and charities about the lack of educational provision during lockdown and the impact this will have on disadvantaged children.

Earlier this month, the education secretary announced a £1bn Covid catch-up plan to tackle the impact of lost teaching time.

This included new measures to help primary and secondary pupils catch up, including £650m for state schools to lift educational outcomes and a £350m tutoring scheme specifically for the most disadvantaged pupils.

The rebuilding programme will see the first 50 projects announced later this year and construction work start in September 2021. They are expected to mainly focus on secondary schools, which is where the growth in pupil numbers is going to be over the next five years. Money for the rest of the nine years of the scheme will be set out at the next government spending review, which is expected this autumn.

Johnson has also announced £560m more for school repairs and upgrades, in addition to £1.4bn in school condition funding already committed in 2020-21.

The majority of school buildings in England are more than 40 years old, with 60% of them built before 1976. In a 2017 report, the National Audit Office said that “deterioration in the condition of the school estate is a significant risk to long-term value for money”.

The NAO estimated that England’s schools needed £6.7bn to meet the backlog of repairs and rebuilding needed to bring them up to satisfactory or better condition, and a further £7.1bn to bring all school buildings from satisfactory to good condition. The NAO found that the most common major defects are problems with electrics and external walls.

Geoff Barton, the general secretary of the Association of School and College Leaders, representing headteachers, said: “It is desperately needed, long overdue, and will require further investment over and above that outlined in this announcement, but it is a significant step in the right direction.

“Three years ago, the National Audit Office reported that it would cost an estimated £6.7bn to return all school buildings to satisfactory or better condition. The situation is likely to have worsened since then, leaving far too many children studying in buildings that are not fit for purpose.”

Paul Whiteman, the general secretary of the National Association of Head Teachers, said: “While we await the precise detail that will follow in the next spending review, one thing is for sure: education must never be allowed to fall into such a perilous state again.”

The 10-year project promised by Johnson looks likely to replace the government’s existing Priority School Building Programme, which runs out next year. That programme spent around £4.4bn on 537 repair and rebuild projects, some of which were privately financed, since 2011.