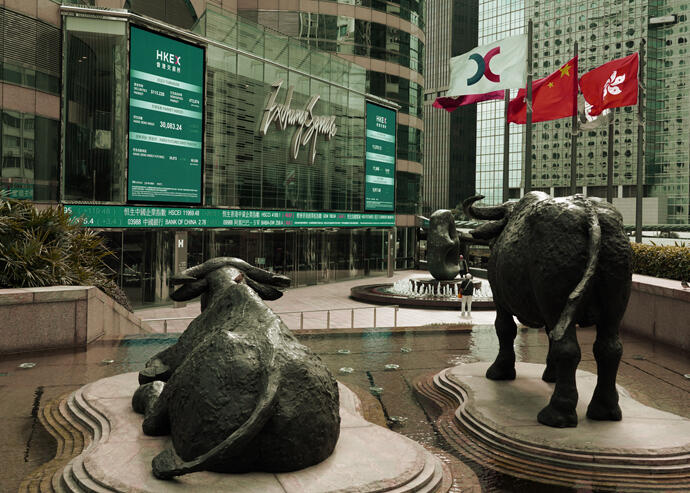 Investors continued to sell off shares in China’s real estate companies, wary of Beijing’s ongoing effort to stabilize the sector.

The Hong Kong Stock Exchange’s property index, which tracks 52 real estate companies, fell 4.9 percent on Thursday to close at its lowest level since 2017, according to the Wall Street Journal.

China Evergrande Group has become the poster child for the indebted sector, with its stock price dropping by nearly 80 percent this year. The firm’s property wing posted a loss in the first half of the year for the first time since 2009.

The government hasn’t offered to bail out Evergrande, but would likely get involved to avoid a chaotic collapse of the company. The firm has the dubious distinction of being the world’s most…