IMF urges governments to borrow to fight impact of Covid-19 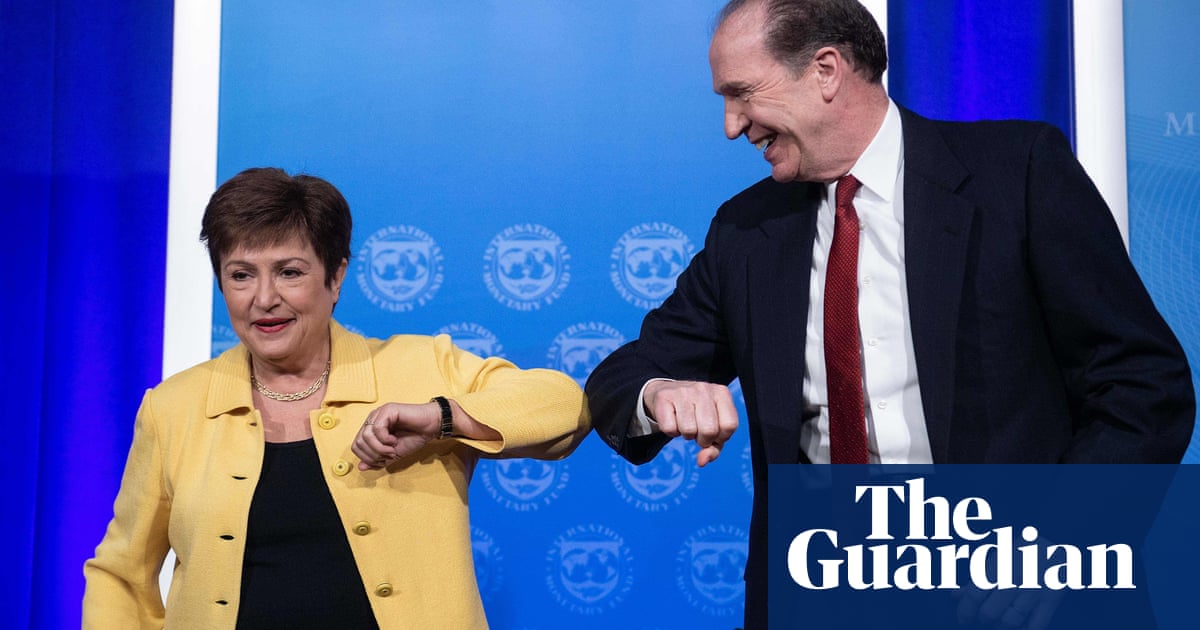 Governments will need to step up their efforts to fight the pandemic and the global economic downturn despite public debts reaching record levels, according to the International Monetary Fund.

In a clear message to rich countries that they should continue to borrow cheaply to limit the damage from the virus, the Washington-based lender of last resort said: “More needs to be done to address rising poverty, unemployment and inequality, and to foster the economic recovery.”

The IMF said spending of almost $12tn (£9.2tn) by governments to rescue their economies since the outbreak of the virus was expected to push up the global debt-to-GDP ratio to almost 100%, but that reaching this milestone should not stop further support from the public purse.

Its managing director, Kristalina Georgieva, said it was critical for all countries to continue essential measures “to protect lives and livelihoods”.

Speaking during the annual meetings of the IMF and World Bank, she said: “Nine months into the pandemic, we are still struggling with the darkness of a crisis that has taken more than a million lives, and driven the economy into reverse, causing sharply higher unemployment, rising poverty, and the risk of ‘a lost generation’ in low-income countries,” she said.

Georgieva, who has overseen a reversal of the IMF’s advice after the 2008 crash for governments to use austerity to bring down public debts quickly, added: “Pull the plug too early, and you risk serious, self-inflicted harm.”

There was also concern that many developing world countries had reached their borrowing limits and would be unable to offer similar support to their economies.

“A durable economic recovery is only possible if we beat the pandemic everywhere,” said Georgieva, calling for strong international cooperation to tackle rising levels of poverty.

G20 finance ministers and central bankers attending the annual meetings agreed on a six-month extension to emergency funding for the poorest countries – known as the debt service suspension initiative – but failed to adopt a common approach to dealing with longer-term debt restructuring.

Georgieva said low-income countries needed “more grants, more concessional credit and more debt relief”. But she could not say when there would be an agreement that allowed countries to access fresh funds.

Nick Dearden, the director of Global Justice Now, said: “The G20 are waking up to the fact that many countries have been confined to a debtors’ prison by coronavirus, but they need to do more than suspend their sentence. Rather, they should be tearing down the walls.”

Rebecca Gowland, the head of Oxfam’s inequality campaign, said: “The failure to cancel debt payments will only delay the tsunami of debt that will engulf many of the world’s poorest countries, leaving them unable to afford the investment in healthcare and social safety nets so desperately needed.”

China is the largest creditor to African and south-east Asian countries and has resisted attempts to allow for debt write-offs in loan deals.

Chinese officials said they could not commit to future debt reductions implied by the common framework, since that would be illegal under Chinese law, according to a source cited by Reuters.

Malpass said: “The tendency in past debt crises is for countries in debt distress to go through a series of ineffective debt reschedulings that leaves them weaker. Creditors may eventually allow them to get to a debt reduction process, but at a tremendous cost to the poor. We need to work better and faster this time.”

Georgieva added that the IMF had agreed more than $280bn in lending commitments to low-income countries, with more than a third of that approved since March, shortly after the crisis began.

The IMF had aided 81 countries and had extended debt service relief for its poorest members, she said, though this was a fraction of the IMF’s $1tn borrowing facility.

A global recovery is forecast by the IMF in 2021, with growth across the world expected to reach 5.2%, but it warned that significant risks remain, including the resurgence of the virus.

Growth will also be uneven, the IMF said, with African countries’ income expected to fall next year by 3% on average unless they receive further help from creditors.

Britain’s debt-to-GDP ratio is expected to jump to 106% of national income by the end of the financial year, following an increase in the annual deficit to more than 10%.

The UK chancellor, Rishi Sunak, has raised concerns that further support for the worst-hit industries could lead to higher levels of borrowing, making the UK vulnerable to increases in interest rates in the future.

“The difference between interest rates and growth is not only negative, but more negative –in our projections – than it was before Covid-19. So low interest rates play an important role in debt dynamics,” he said.

Governments should also take advantage of low rates to invest in infrastructure, he said. The IMF calculated that an increase in public infrastructure investment of 1% of GDP could boost output by 2.7%, creating 20m to 33m jobs.