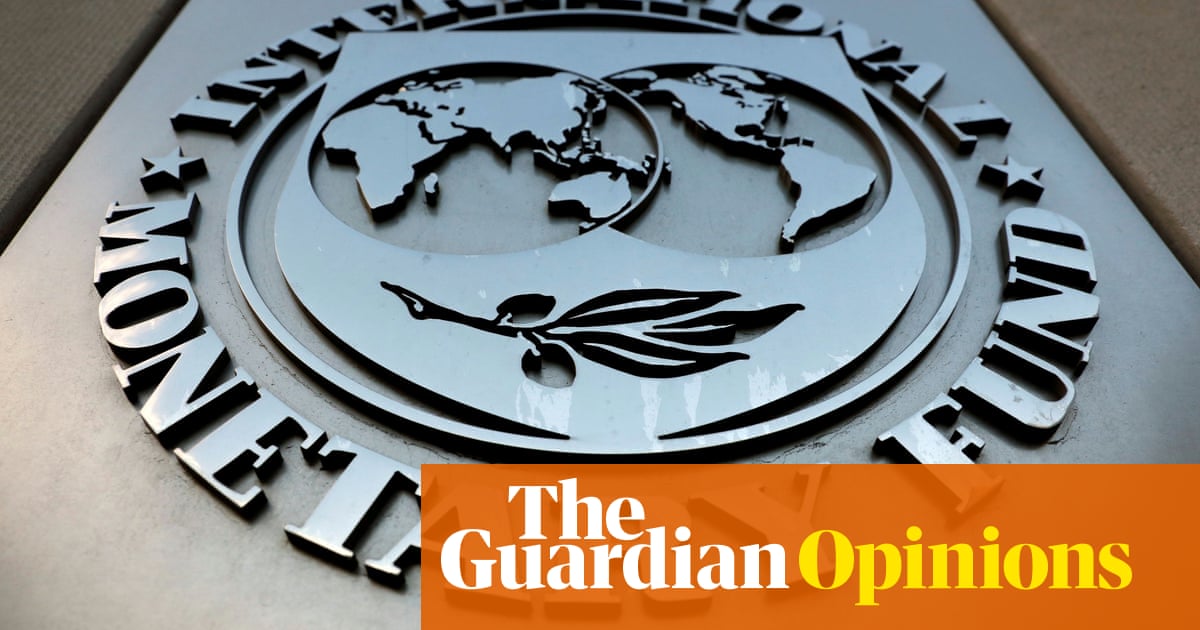 Go out there and spend. Don’t worry about the build up debt. You will be making a mistake if you remove support for your economies too soon. That’s the message from Kristalina Georgieva, the managing director of the International Monetary Fund, to finance ministers as they contemplate how to deal with the economic damage caused by Covid-19.

Well, some of them at least. Finance ministers such as Rishi Sunak are certainly getting the green light to spend more. That’s the right advice and it should be heeded, not least because ultra-low interest rates mean debt servicing costs are going down even as borrowing goes up.

The IMF takes a tougher line with those countries that may seek emergency bailouts. The government of Argentina, for example, will find that any help it gets will come with conditions certain to be painful and unpopular.

Finally, there are the world’s poorest countries, the ones that don’t have the capacity to provide unlimited stimulus to their economies and which in many cases are struggling with unpayable levels of debt.

Georgieva and the World Bank president, David Malpass, both know that a comprehensive programme of debt relief is needed for these countries, one that involves all bilateral creditors and the private as well as the public sector.

Sadly, that is not going to happen at this year’s IMF annual meeting. All that is on offer to the 70 or so poorest nations is a six-month extension of the G20 debt suspension plan agreed in the spring. That does not represent the meaningful reduction that Malpass talked about. It merely represents the brushing of a few crumbs from the rich man’s table.

Biden and not just coronavirus could upend China’s recovery

For Xi Jinping, there will have been a quiet satisfaction in the seeing the value of China’s stock market climb above the previous record of $10.05tn. At the start of the year, that other self-styled strong man leader, Donald Trump, imagined that a record breaking run on Wall Street would propel him to a second term in the White House.

Now, unless he can pull off one of the most notable comebacks of all time, Trump is on his way to a big defeat at the hands of Joe Biden. A pandemic that began in China is going to be a decisive factor in determining the result of the US presidential election.

Share prices have risen to high levels in China before, and five years ago they came back to Earth with a bump. They could do so again if Covid-19 leads to another deep plunge in the global economy, thereby choking off demand for China’s exports.

But there are reasons why China’s stock market is riding high. Beijing was happy to use authoritarian measures to control the pandemic and had zero cases in its last daily report to the World Health Organization.

Controlling the virus has meant the economy has recovered more quickly than expected. China’s growth rate, according to the IMF, will fall from 6.1% to 1.9% this year but at least it is still positive, which is more than can be said for the US, which is forecast to contract by 4.3%.

Moreover, with Trump now apparently on his way out, investors believe the cold war between Washington and Beijing will thaw. That’s true, but probably not by much. Biden is expected to be bad for the US stock market. He might not do much for China’s either.

Winner of the least surprising headline of the day goes to “Cost of HS2 high speed rail line rises by £800m”. Apparently, the cost of sprucing up Euston station is going to cost at least £400m more than planned while the discovery of more asbestos than expected is adding a further £400mn to the bill.

While there is a contingency fund to cover overruns it only amounts to £5.3bn. And one thing is for sure: £800m is the first draw on that reserve. It won’t be the last.