Govt to lure US tech firms

Govt to lure US tech firms 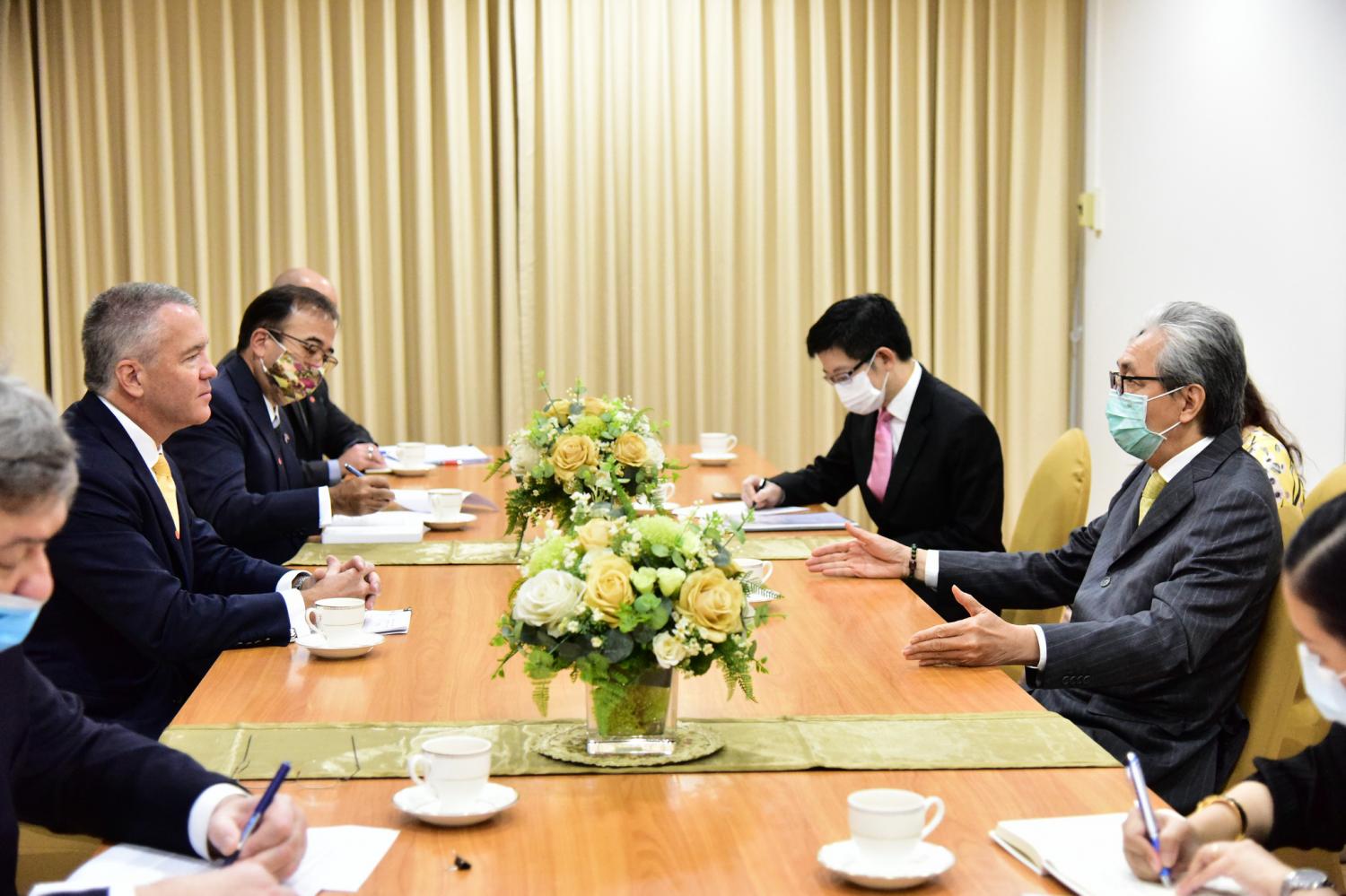 US investors are being urged to develop a Silicon Valley-like centre for innovative tech firms in the Eastern Economic Corridor (EEC), with the government pledging to devise special promotion packages for them.

Deputy Prime Minister Somkid Jatusripitak conveyed the message to Michael George DeSombre, the US ambassador, when the two met on Thursday.

“We talked about the framework for working together to strengthen the economy and promote US investment in Thailand,” Mr Somkid said.

“I also told the US ambassador the countries should develop a Silicon Valley-like centre that is home to many startups and global technology companies within the EEC, including establishing universities, startups and high-tech companies, and a research and development centre.”

Mr Somkid said Thailand continues to have ample attractions for foreign investment. The country offers the most appropriate location for the US’s investment and supply chain development in Southeast Asia, he said.

“Thailand, given its geographical location, can create a perfect linkage to various markets such as Hong Kong and China, while the Regional Comprehensive Economic Partnership [RCEP], which is expected to be settled this year, will make this region more attractive,” Mr Somkid said.

Mr Somkid said the US also asked the government to speed up promoting investment in promising industries like electronics, digital and medical devices.

“I’ve also told them that once the Covid-19 crisis ends, Thailand is the most ready in the region and the ECC’s key infrastructure projects will materialise next year,” he said. “We also aim to highlight additional S-curve industries, particularly financial services, education and research, agriculture and food.”

According to Mr Somkid, US investors remain keen to invest in Thailand and use it as a production base for Southeast Asia.

“I’ve told the US ambassador that the US should focus on Thailand because we have high confidence that Thailand is at the centre of Cambodia, Laos, Vietnam and Myanmar, while the Thai capital market is strong,” he said.

Mr Somkid said the government also urged the US to ramp up investment in the EEC, where key infrastructure projects are under construction.

He said Thailand and the US can beef up economic cooperation or devise special investment packages for US firms that agree to establish their production bases in the EEC. The US is Thailand’s third-largest trading partner (after China and Japan), with two-way trade in 2019 totalling US$48.6 billion.

Thailand recorded a trade surplus of $14 billion with the US last year.

According to the Board of Investment, US investment applications totalled 12.25 billion baht for 34 projects in 2019, with the value in the first three months of the year amounting to 138 million baht for six projects.