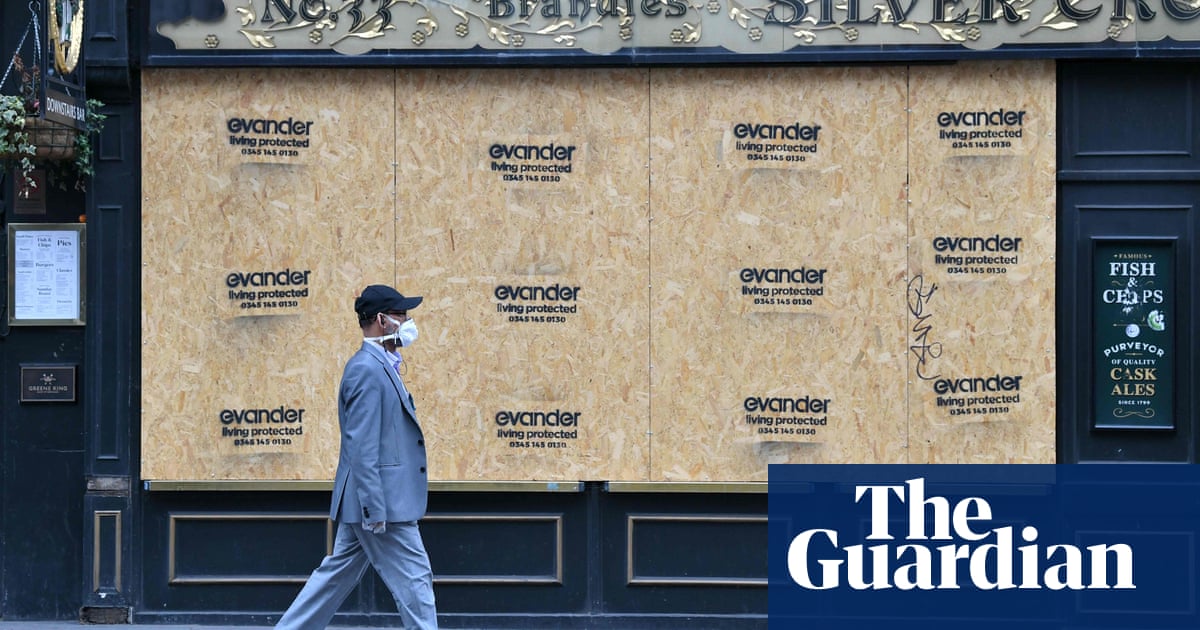 A steep fall in tax receipts and the extra cost of government subsidies for businesses and the self-employed pushed UK government borrowing last month to its highest level for October since records began in 1993.

In the latest reading of the government’s finances ahead of the chancellor’s spending review next week, the Office for National Statistics said monthly borrowing hit £22.3bn in October, up more than £10bn on the same month last year.

Britain’s debt mountain also climbed to 100.8% as a proportion of GDP, its highest level since the early 1960s.

Analysts said the deficit in October was not as bad as the £35bn many expected after a strong bounce back in the economy during the summer months that prevented steeper falls in tax receipts.

In a boost to the chancellor, Rishi Sunak, who has faced pressure from many Tory backbenchers to restrain government spending, the total deficit since April was £77bn lower than estimated in July by the Office for Budget Responsibility, the Treasury’s independent forecaster.

However, the annual deficit was still on course to reach £400bn by the end of the financial year in April following the government’s decision to impose a second lockdown and maintain the furlough scheme into 2021.

The Institute for Fiscal Studies said that while the deficit was lower than the OBR forecast, the first seven months of the year had already outstripped the annual deficit following the 2008 banking crash.

“In just seven months borrowing is already a greater share of this year’s national income than over the whole of 2009-10, when borrowing peaked during the financial crisis,” it said.

Paul Dales, chief UK economist at Capital Economics, said there was worse to come following the second lockdown, which would probably cause a renewed rise in the pace of borrowing in the coming months.

The ONS said tax receipts were estimated at £39.7bn in October, £2.7bn lower than in October 2019, with falls in VAT, business rates and income tax causing the most damage.

Howard Archer, chief economic adviser to the EY Item Club, said it was difficult to estimate the annual deficit while the extent and duration of the government’s restrictions remained unclear, although he expected the deficit to hit £400bn.

He said: “Public finances are set to come under increased upward pressure from the cost of recent extra measures to support the economy and jobs, most notably the extension of the furlough scheme.

“The likely renewed economic contraction in the fourth quarter, caused by the national lockdown in England, will reduce receipts and further put up the deficit,” he added.