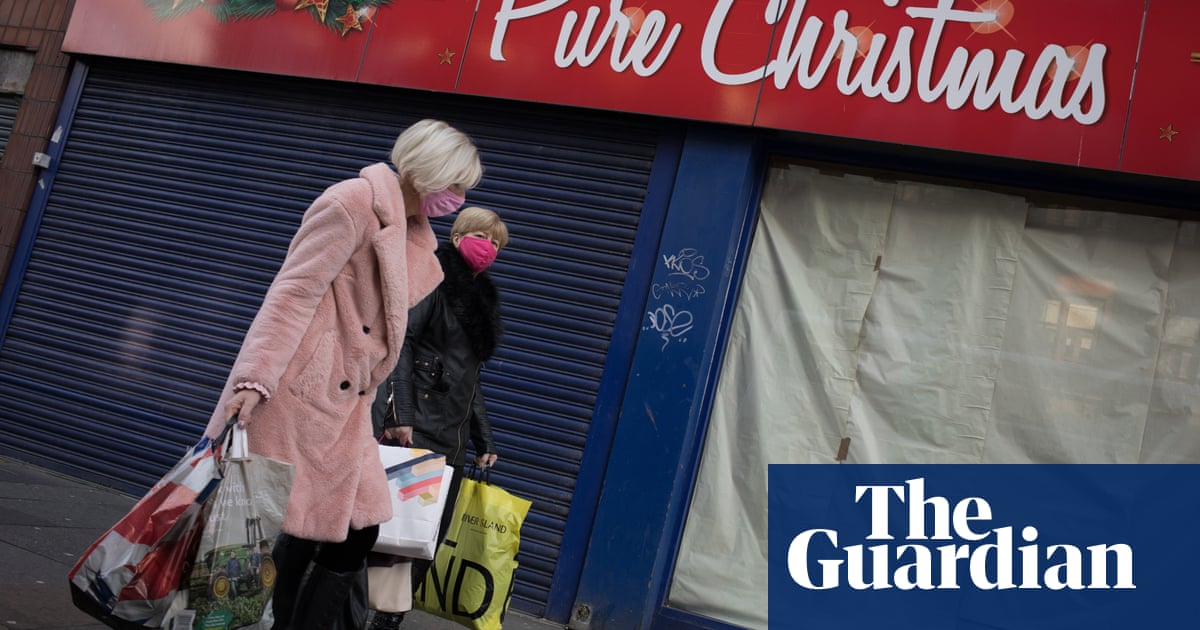 Shoppers rushed to buy early Christmas presents in October, before a second Covid-19 lockdown in England, increasing retail sales for a sixth consecutive month, according to official figures.

A 6.4% increase in online sales drove a 1.2% rise in the total volume of retail spending in Britain compared with September and boosted sales by 5.8% on the same month last year.

The Office for National Statistics said that since February, ahead of the first lockdown, online sales had increased by 52% while bricks and mortar shops had suffered a 3.3% fall.

Analysts said shopping had proved to be one of the more resilient elements of economic activity since the pandemic hit in March, though only those retailers with a strong online presence had benefited.

With warnings of a second lockdown beginning to emerge, retailers enjoyed a welcome burst in sales ahead of what was likely to prove a difficult November and December.

Aled Patchett, head of retail at Lloyds Bank, said: “Home comforts continue to represent an autumnal tonic for consumers up and down the country with retail sales having now remained buoyant since the summer.

“October’s sales were no doubt boosted by the appetite among shoppers to have Christmas sewn up early along with the desire to stock up on essentials in anticipation of the current lockdown coming into play.”

November is expected to show a dip in sales after the government imposed a second lockdown and all non-essential shops closed, emptying most shopping centres and high streets.

Sales in December, which traditionally brings a late surge in Christmas shopping, hang in the balance after ministers said they were likely to reimpose a tiered system of restrictions in areas badly affected by coronavirus once the national lockdown ended.

Samuel Tombs, chief UK economist at Pantheon Macroeconomics, said: “Looking ahead, the second lockdown has prompted us to pencil in a 10% month-to-month decline in retail sales volumes in November, which would leave them 4% below their pre-Covid level.”

He said a 10% fall in November would compare favourably with the shortfalls of 23% in April and 13% in May, when all non-essential stores were forced to close.

“The list of essential retailers is slightly broader than in April and May. In addition, people have become more accustomed to shopping online, and small retailers will have improved their online offerings.”

He added: “We see signs, too, that households are using the click-and-collect services that retailers are still allowed to provide, unlike in the first lockdown.”