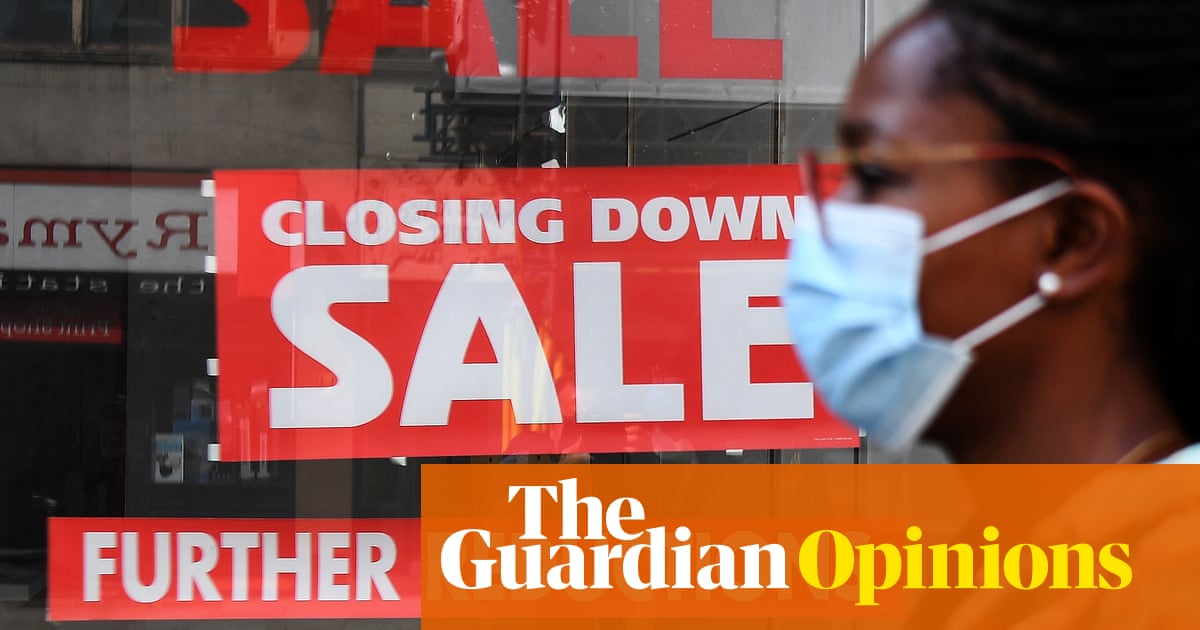 It’s the textbook example of being caught between a rock and a hard place. The number of people being treated for Covid-19 in hospital is rising fast and is currently higher than it was when the UK went into full national lockdown on 23 March. Worse is to come.

Simultaneously, the threat of mass unemployment looms ever larger. More workers were made redundant in the three months to August than at any time since the period when the banks almost went bust a decade ago. Worse is to come here, too.

Opinion is divided on what to do next. There are those who think the second wave of Covid is potentially so serious that a full national lockdown is necessary, whatever the cost. Labour’s plan for a two- or three-week circuit breaker is really a national lockdown, merely a time-limited one.

Then there are those who question the wisdom of pushing the economy back into deep recession when young people are the main victims of unemployment and the average age of those dying from the virus is 80-plus. For this group, the answer is to shield the vulnerable and let everybody else get on with their lives.

The government’s desire to avoid another total lockdown in England is understandable. Shutting schools harms children, especially poor children. Millions of routine cancer scans have been cancelled so far this year. The 25% contraction in the economy between February and April has been hardest on the youngest and most vulnerable workers. Who is to say that one circuit breaker won’t be followed by a second, a third and a fourth, given that it might be years rather than months before a vaccine is available?

What’s more, the idea that the whole country should be put into lockdown simply to show that we are all in it together makes little sense. Forcing a hotel in the south-west of England, where infection rates are low, to go out of business would do nothing to engender a sense of national solidarity. Quite the reverse, in fact. Ideally, the response needs to be more local and more granular, rather than broad-brush and national.

It is also a mistake to imagine that there is a binary choice between saving lives and saving the economy – that the only way to prevent an exponential increase in the number of Covid-19 cases is for the government to keep people penned up in their homes.

There are two reasons for that. The first, as Prof Paul Anand of the Open University noted in a letter to the Guardian, is that there is evidence that transmission is linked to living in shared accommodation, and is most marked in cramped housing, where physical distancing is a problem.

The second is that epidemiological models come up with scary forecasts for death rates because they assume no change in people’s behaviour in the absence of government-imposed lockdowns or other restrictions.

Yet the world doesn’t work that way. Confronted by a pandemic, people do change the way they live. They go out less, and when they do venture from their homes they take more precautions. They do their own risk assessments, based on the available evidence.

Scientific models suggested that Sweden would suffer 96,000 Covid-19 deaths in the first wave, owing to its government’s decision to have only mild restrictions, but they presupposed that Swedes would carry on as before. They didn’t, with the result that the death toll is fewer than 6,000 – a figure that would have been substantially lower had it not been for problems in Swedish care homes.

That doesn’t mean Sweden has been immune from the recessionary fallout from the pandemic. According to forecasts from the International Monetary Fund, Sweden’s economy will contract by 4.7% this year. That, though, contrasts with the 9.8% pencilled in for the UK.

Every country in the world is trying to find the sweet spot where the virus is suppressed with the minimum amount of economic damage, and most are making a better fist of it than the UK. Take South Korea, which has so far had just 438 deaths. It has had clusters of cases, and is projected by the IMF to see its economy contract by no more than 1.9% this year.

There are, clearly, lessons to be learned. Sweden shows the merits of a clear strategy and sticking to it. This is in marked contrast to the UK, where the government initially downplayed the threat, imposed some of the world’s toughest restrictions, eased up as the economic cost mounted, actively encouraged people to eat out to help the hospitality sector, and is now back to where it started. Here the mixed messaging has left people confused, and in the circumstances it is surprising compliance with the restrictions is as high as it is. That, though, may have more to do with people taking steps to safeguard themselves voluntarily than any faith in the government.

The lesson from South Korea is that an effective track-and-testing system is the key to limiting the number of Covid-19 deaths and protecting the economy. Boris Johnson’s government has had seven months to provide something comparable, and has failed to do so.

The UK has so far had the worst of all worlds: a high death rate and colossal economic damage. This unfortunate combination looks set to continue.

On past form, Johnson’s government will no doubt insist that it is committed to its current strategy up to the moment it hits the panic button. Blanket restrictions will then be imposed, and will be more than likely to remain in place for the rest of the winter. There is no guarantee that the virus will have been finally defeated by the time restrictions are lifted in the spring. The dole queues, though, will be a lot longer. That is for certain.