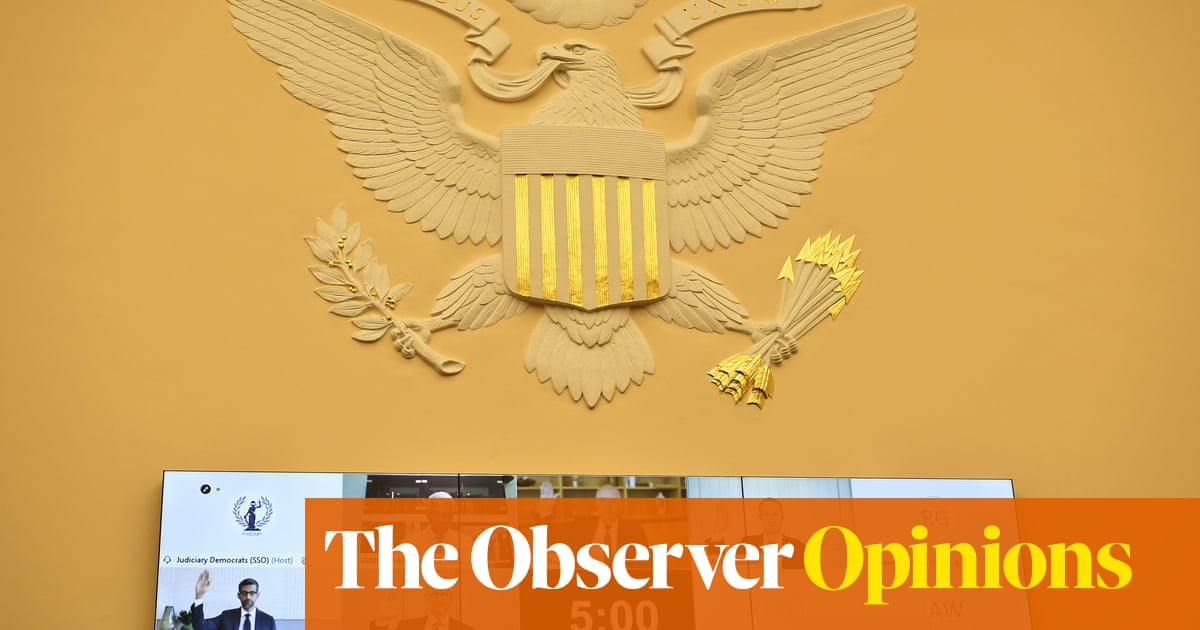 The most striking thing about Wednesday’s congressional interrogation of the leaders of Apple, Google, Facebook and Amazon was the absence of deference to the four moguls. This was such a radical departure from previous practice – characterised by ignorance, grandstanding and fawning on these exemplars of the American Way – that it was initially breathtaking. “Our founders would not bow before a king,” said the House antitrust subcommittee chairman, David Cicilline, in his opening remarks. “Nor should we bow before the emperors of the online economy.”

If we wanted a radical departure from the legislative slumber of previous decades, this looked like it. And indeed, to a large extent, it was. One saw it, for example, in the aggressiveness of the questioning by the Democrats. At times, one was reminded of the proceedings of the US supreme court, where the justices constantly interrupt the lawyers before them to cut off any attempt at lawyerly exposition. The implicit message is: “We’ve done our homework. Now get to the point – if you have one.” It was like that on Wednesday.

The Democrats had done their homework: they had read the torrents of private emails that the subcommittee had subpoenaed. And, like any good prosecutor, they never asked a question to which they didn’t already know the answer.

The tech titans were mostly flummoxed by this approach. Suddenly they were “not familiar with the details” (but of course would be pleased to “engage with” the representative’s office on the matter). Having been for years lauded for their obscene wealth, razor-sharp intellects, decisiveness and mastery of detail, they were now live on TV looking defensive, evasive and shifty.

The two who came off worst in this regard were Mark Zuckerberg, the Facebook boss, and Sundar Pichai, chief executive of Google. This was not entirely coincidental since they are practitioners of the most toxic business model in the tech business – what we now call surveillance capitalism. But at times even the Amazon boss, Jeff Bezos, was unmanned by graphic evidence of how his company mistreats those who try to earn a living on his company’s marketplace. Still, at least he had the grace to admit that some of the abuses of power with which he was being confronted by questioners were wrong.

Tim Cook of Apple had the easiest ride, though his defence of the company’s monopolistic behaviour in controlling its App Store was less than persuasive. When asked what would prevent the company from increasing the 30% commission it charges developers, he simply replied piously that Apple had not increased it since the store’s launch.

The contrast between the forensic approach of the Democrats on the subcommittee and that of their Republican colleagues was striking; most of the latter were obsessed with righteous indignation about tech platforms “censoring” Conservative voices. To anyone who has spent any time on social media, this seemed delusional – until one remembered that these politicians were, by and large, Trumpists, and therefore uninterested in evidence.

The full title of the body holding the hearing is the “House of Representatives subcommittee on antitrust, commercial and administrative law”. The object of its investigation of the tech giants is to assess whether existing antitrust – competition – laws in the US are still fit for purpose. The Republican members seemed convinced they are. My hunch is that the Democrats do not agree, for two good reasons. One is that while existing laws can deal with the anticompetitive antics of the four firms, they are obsolete in relation to their conceptions of “consumer harm” from monopolistic behaviour by companies that do not directly charge for their services.

The other is that existing laws have nothing to say about “societal” harms – like undermining democratic elections or polluting the public sphere. In that context, the most intriguing sight of the hearing was the young woman standing, appropriately masked, behind the chairman. She was Lina Khan, whose paper on “Amazon’s Antitrust Paradox”, published in the Yale Law Journal in January 2017, sparked a wholesale rethink of the adequacy of antitrust law for a digital age. My guess is that she was the brains behind the subcommittee’s investigation. And, boy, did it show.