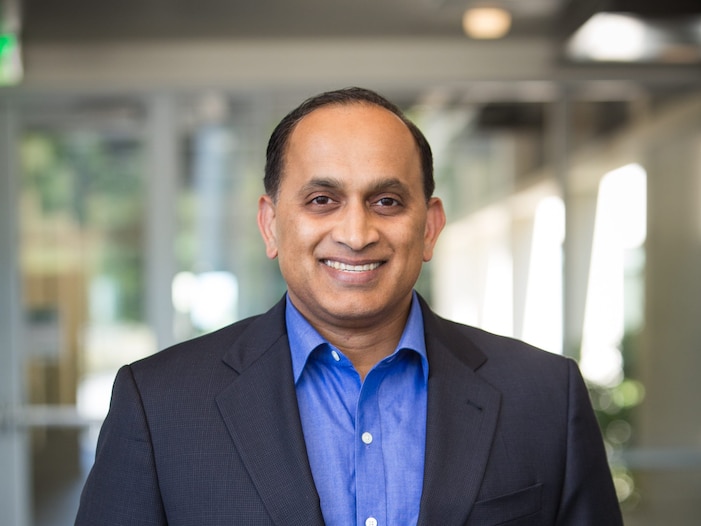 VMware announced Wednesday that Gelsinger, who has served as CEO for over eight years, will be stepping down, effective February 12, to join Intel as CEO. It’s something of a homecoming for Gelsinger, who previously spent three decades at Intel, including five years as its CTO.

He will continue to serve on VMware’s board of directors, which has kicked off its search for a new CEO while VMware CFO Zane Rowe serves as the interim exec.

Gelsinger will be a hard act to follow: Analysts worry that the seasoned CEO’s departure represents a major blow to VMware, with Piper Sandler slashing its price target for the company’s stock from $178 down to $157.

Still, several analysts immediately jumped to Poonen as Gelsinger’s best replacement. Poonen has worked at VMware for over seven years, where he currently leads customer operations and the security business as COO.

“Sanjay Poonen, COO at VMware, is the obvious choice, and I would be very, very surprised if the board doesn’t nominate him as CEO,” Patrick Moorhead, Moor Insights & Strategy founder and principal analyst, told Insider.

VMware declined to comment on analyst predictions around Poonen, but said that its board is “committed to a thorough global executive search process of diverse candidates.” Here’s why analysts favor Poonen, as well as the challenges the company faces moving forward:

Why analysts say Poonen is the ‘most logical candidate’

Before joining VMware, Poonen spent time at Symantec, Informatica, Apple, Microsoft, and SAP, with VMware poaching him from the latter in 2013 to lead its End-User Computing division, where he drove the firm’s acquisition of AirWatch and more than tripled the size of the business – from $300 million to $1 billion – in three years, according to his LinkedIn profile. The company promoted him to chief operating officer in 2016.

“Poonen has a stellar track record at VMware of leadership and execution,” Moorhead said. “There’s literally no reason that Poonen wouldn’t be selected.”

Managing director at Wedbush Securities, Dan Ives, said that Poonen’s experience makes him the “most logical candidate” as he understands the business “strategically.”

“He understands VMware as well as anyone, has credibility on the street, and would be a strong replacement,” Ives said. “I think he’d be a plug-and-play CEO with Gelsinger leaving.”

Poonen has been groomed to be CEO for some time, said Maribel Lopez, founder and principal analyst of Lopez Research, and has previous experience in both operations and product development.

“He has a lot of experience in his work in companies of the same size and scale before,” Lopez told Insider. “It makes sense that it would be someone like him. That would be the person who would be top of the running.”

Besides running much of VMware’s business, Poonen has also become the face of VMware much like Gelsinger has, says Forrester vice president and research director Glenn O’Donnell. For example, Poonen frequently represents VMware in media appearances, like on CNBC.

Generally hiring an internal candidate would cause less disruption to VMware’s business than finding an outsider, Wedbush’s Ives said. Other than Poonen, the one other possibility from within VMware is Rowe, the CFO and interim CEO, he said. Besides VMware, Rowe has worked at EMC and Apple.

If VMware did hire someone from outside the company, it would likely look for someone established in the cloud computing world who could strike a good balance between their business and technical chops, analysts said. While they didn’t have any specific names for an outside candidate, Ives suggested that VMware could target someone from Amazon Web Services or Microsoft Azure.

“Investors want to see a cloud-centric, experienced CEO to take over VMware especially given the complexity of what they’re going through with their business model as well as the Dell ownership structure,” Ives told Insider. 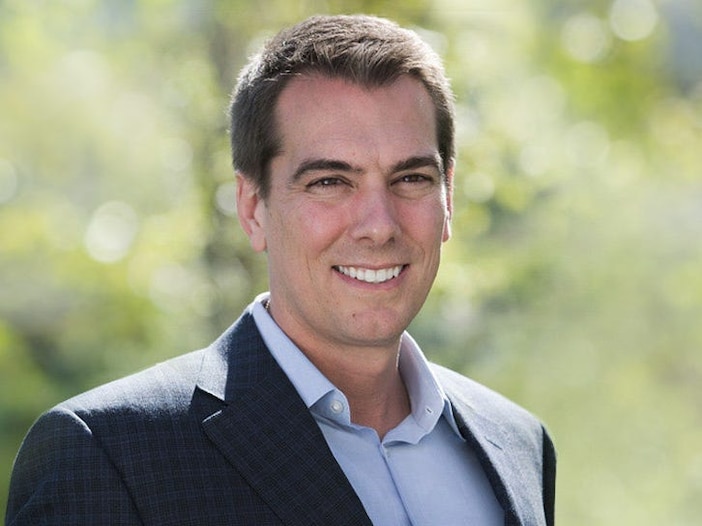 Whoever becomes the new CEO of VMware, they will face multiple challenges: some that are unique to the company and others that apply across the industry.

This CEO would have to navigate the possibility of Dell spinning out VMware and guide the firm through its continued focus on cloud technology, like its suite of products for Kubernetes, a widely-used open source cloud project for running large-scale applications that started at Google.

Read more: VMware is making it easier for its customers to use Microsoft’s cloud, but still considers Amazon its ‘preferred partner’ as AWS hosting for its product shoots up 130%

VMware also needs to predict the next wave of technology that companies will want to invest in, whether it’s in security or app development, Lopez said.

While VMware has pivoted well into cloud, the next big push will be edge computing, which brings data storage and computing closer to the locations where it’s needed, Forrester’s O’Donnell said.

“They need to find someone who obviously has the management chops and leadership chops to run a company like that,” O’Donnell said. “Even though it’s a Silicon Valley company, the stereotypical Silicon Valley CEO who has great vision but not in touch with the realities of their customers is not the right choice.”

Whether VMware promotes someone from within the company or looks outside, VMware is seeking someone who is both an “inspirational tech leader” and also understands the IT needs of traditional enterprises, Lopez said. For example, she said, it should follow the lead of Microsoft, which has become an innovative industry player while still serving its existing client base, Lopez said.

“This is where true leadership skills come into play right now: It’s not just the ‘command and control, you go do this.‘ It’s inspirational: ‘here’s our plan and here’s why we’re doing this,'” Lopez said. “That’s the type of leader [VMware’s] going to need through this time, because you’ll have to convince a lot of people to do things differently.”

Do you work at VMware? Got a tip? Contact this reporter via email at rmchan@businessinsider.com, Signal at 646.376.6106, Telegram at @rosaliechan, or Twitter DM at @rosaliechan17. (PR pitches by email only, please.) Other types of secure messaging available upon request.